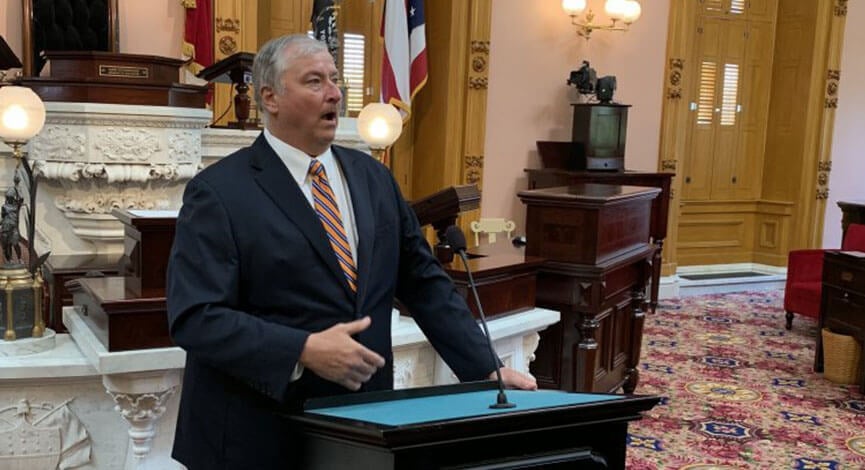 A trio of Republican candidates for state representative say they will return or give away money donated to them by Speaker Larry Householder’s campaign committee.

The three are Tom Young, Brian Stewart and Marilyn John.

Young is the Republican nominee for the 42nd District in Montgomery County. He received a max donation of $13,292 in January from the “Friends of Larry Householder” committee.

Contacted by the Ohio Capital Journal, Young responded in an email that he was “shocked and very disappointed at the allegations made against Speaker Householder and his team.”

Young said he planned to return the donation.

“I hope (Householder) heeds the unanimous calls to step down,” Young added.

Stewart is the Republican nominee for the 78th District (covering all or parts of six counties in Southern Ohio). He also received a max donation of $13,292 in January.

In a statement posted to Facebook, Stewart pledged to donate all of the money to charities throughout the 78th District. He said the allegations made against Householder concerned him.

“Honesty and integrity have always been my core principles,” Stewart wrote, “and those values are more important than ever for those who seek to lead our great state.”

John is the Republican nominee for the 2nd District, which covers Richland County. She received a $13,292 donation in January as well. John told the Mansfield News Journal she planned to return the donation.

Householder, R-Glenford, previously served as House Speaker from 2001-2004 and returned to the chair in January 2019. He has been a prolific fundraiser throughout his career and has diverted campaign funds to various allies throughout the state, from lawmakers to local candidates for mayor and city councils.

He gave $1,000,000 to the House Republican Campaign Committee in January 2020, campaign finance records show. He also donated more than $200,000 to the Ohio Republican Party in the lead-up to the 2018 General Election, as well as an additional $203,000 to nearly two-dozen Republican candidates for state representative.

Householder also donated $13,292 to two other Republican candidates who are on the ballot this fall: Jean Schmidt in the 65th District (Clermont County) and Brian Lampton in the 73rd District (Greene County). The Ohio Capital Journal has reached out to both campaigns for comment.