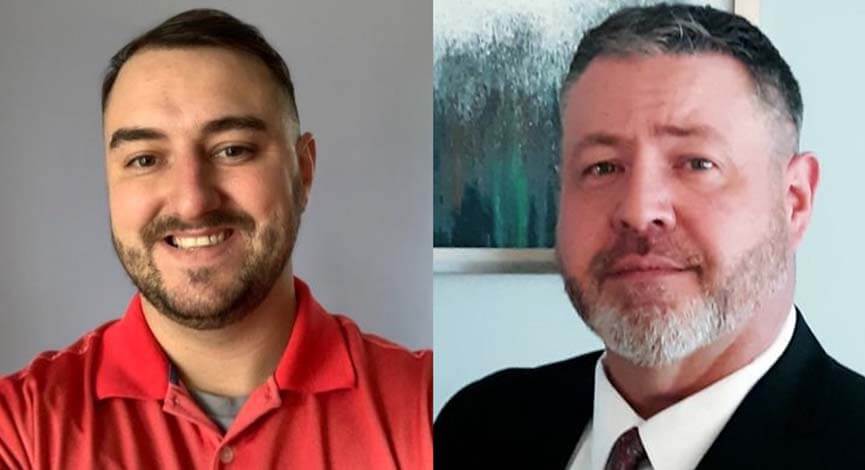 Now, Conrad wants to replace him.

“I was angry,” he said about Householder’s recent arrest for alleged involvement in a bribery scheme. “I was frustrated. Super disappointed. I voted for Larry personally in 2018. To me, it was almost like a slap in the face.”

Conrad and Robert Leist have both filed as write-in candidates for the Ohio House of Representatives’ 72nd District, which includes Perry, Licking and Coshocton counties east of Columbus.

It will take an unusual set of circumstances for either to have a shot at the seat this November, but it is possible.

Despite his arrest, Householder remains on track to be elected to his third-consecutive term. He was unopposed in the Republican primary this spring and no Democrat filed to run against him in November.

The FBI investigation has complicated things. Householder was voted out of the speaker’s chair in a unanimous vote Thursday morning, but he remains in office as a state representative. House members could separately vote to expel him from the legislative chamber, but the Republican majority chose not to Thursday and do not appear willing to do so.

Even if they did expel Householder, that would not necessarily impact his status as the unopposed candidate on the 2020 ballot.

Householder would have to choose to withdraw himself from electoral contention.

The first date to watch is Aug. 10. That is the last day a political party can choose a replacement candidate to fill a vacancy from withdrawal or disqualification of the party’s primary winner.

If Householder withdraws from the race before Aug. 10, the Republican Party can choose a replacement to appear on the ballot — thus effectively rendering the write-in candidacies moot.

Should Householder withdraw after Aug. 10, that would leave no Republican or Democrat on the ballot — thus giving eligible write-in candidates a shot.

The deadline for write-ins to file is Aug. 24.

Conrad had intended to campaign for an open state senate seat in 2022. Those plans changed on July 21 when he learned of the Householder arrest.

Conrad, a Lancaster native now living in Perry County, served for two years at the Quantico Marine Corps Base in Virginia. He later worked for a chemical plant in Columbus and is set to begin a job in Heath as an aerospace product technician for Boeing.

He described feeling outraged that Householder would betray the public’s trust after having taken an oath of office.

“I was a Marine, I’ve taken that oath before,” Conrad said. “To some people that doesn’t mean anything. It’s just words. But to me, it means everything.”

If elected, Conrad said he would caucus with the Republican Party.

Leist, a Libertarian, has also filed for the seat as a write-in.

“2020 has been chaotic enough without having uncertainty regarding our state representation,” Leist said in a news release announcing his candidacy put out by the Libertarian Party of Ohio. “I have listened to voters’ concerns regarding this matter and am honored to give our district another solid option.”

Leist is a maintenance coordinator for Kraft Heinz in Coshocton and previously campaigned for the local city council in 2019.