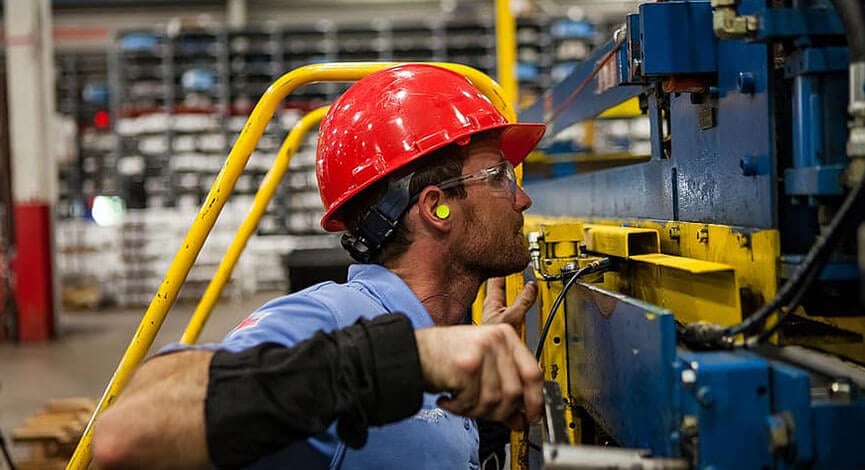 The CARES act has let many Ohioans live, but many provisions are about to expire without action from the federal government.

Normally, unemployment only pays 50% of one’s weekly wage. Independent contractors had been traditionally left out of unemployment benefits entirely.

Yet, COVID-19’s impact has been omnipresent and far-reaching —  with nearly every industry being affected. Hospitality and entertainment in particular seemingly have taken the brunt of the losses.

A specific part of the CARES act, called the ​​Federal Pandemic Unemployment Compensation or (FPUC), added $600 per week in people’s pockets on top of the state’s expanded unemployment benefits. Ohioans could breathe a little easier, despite the insecurity coronavirus had brought concerning their jobs. It wasn’t perfect, the system has been criticized for being too hard to navigate, and there have been reports of some filers inexplicably being asked to repay benefits, for reasons that are not clear.

Yet, it was something.

Many workers had found themselves furloughed, or laid off when the state shut down completely. Unemployment in Ohio had skyrocketed to a whopping 17% in April, up from a still-higher than the national average 4.1% in February. Although the state has been slowly “returning to normal,” many workers haven’t been returning to work, for a few reasons.

For some, like Makayla Booth, they don’t have a job to go back to, directly because of COVID-19.

“I worked for a company called AWC, we worked with Chrysler. We were pretty much just a big lot that ports and ships their cars.” Booth said.

The automotive industry is in a large slump  —  most automakers’ sales are down globally, and many factories in the US and abroad are experiencing factory shutdowns related directly to Coronavirus. Fiat-Chrysler Automobiles reported a 39% slump in sales compared to last year.

Booth said she was laid off in March, and she was told by her supervisor that this would likely be temporary. Booth continued to ask her now-former supervisor when she’d be able to return; asking in April, May, and June. Finally, in early July, she learned that her job was eliminated.

“They waited three weeks before unemployment would run out to tell me I didn’t have a job anymore,” she said.

Booth admits that she does not know what she is going to do next. Right now, the Ohio unemployment benefits with the $600 a week have let her pay bills, but that ends July 25, with no extension in sight. She’s looking for another job, but right now, she says it’s hard to find anything with comparable pay.

Without the cares act benefits, Booth says that she only is receiving $145 per week from Ohio unemployment.

Dr. Amanda Weinstien, an economist at the University of Akron, explained that consumer spending is critical to helping recover the Ohio economy. Yet, with rising coronavirus numbers, that may not be possible.

“Our economy depends on all of us going out and spending money as we live our normal lives. We can’t do that during a pandemic. There is no economic recovery without effectively containing the spread of coronavirus  —  because consumers don’t have the confidence to go out and live their lives and spend the way they usually would.” Said Dr. Weinstien.

According to Dr. Weinstien, Makayla Booth’s job loss may only be the start of what may come if the CARES act is not extended.

“Layoffs that are happening now (as opposed to furloughs in March) may be more permanent as companies further invest in labor-saving automation with machines that can’t get sick from COVID or simply figure out how to effectively do more with fewer people, or small businesses that close under the continued strain of consumers who aren’t eating in restaurants or going shopping or taking vacations the way they usually would,” said Dr. Weinstien.

Groups like the Ohio Organizing Collective are rallying to extend the benefits. On July 16, the OOC, Policy Matters Ohio, held a town hall meeting where several organizers and people shared their concerns and hopes of continuing the CARES act. In the Zoom meeting, both U.S. Sen. Sherrod Brown and U.S. Rep. Tim Ryan were present.

In the town hall, people shared their stories  —  as they advocated for an extension of the benefits. Katie Krupp, and Tia Fergurson, two Ohio educators shared their experiences of being immunocompromised and feeling under pressure to return to teaching in person, in face of rising COVID-19 numbers. Ms. Krupp especially focused on being laid off from the Springfield school system, and her struggle of not being able to find a new job

Brown spoke in support of furthering some sort of assistance for the unemployed. Like many others, he is concerned about what the lack of income could mean for Ohioans.

“We need to put money in people’s pockets. The same time (CARES act) unemployment stops in July, is when many moratoriums on evictions and foreclosures expire,” he said.

Brown continued, saying that evictions and removal of people from their homes could exacerbate the spread of coronavirus. When people are evicted, they may have to move in with family members or even shelters  —  potentially increasing exposure to COVID-19.

Ryan advocates for continuing the $600 per-week assistance until the end of the year, as well as another stimulus for all Americans as well.

“Coronavirus is gonna be gone at some point. Yet, we will have millions of Americans will spend decades trying to climb out of the economic hole (they) may find themselves in,” said Ryan.

“So, I support the expansion until we see a consistent reduction in unemployment,” he said.

As of right now, Ohio unemployment has gone down from 17.6% in April, to 10.9% in July. July 16 has been the highest number of positive cases thus far, prompting many to think that another shutdown could be fast on the horizon. This time, we may not have the security net that the CARES act could provide.

Makayla Booth has continued to search for work, however, she is reliant on the CARES act assistance until she can get a new job.

“This extra $600 is very important to a lot of us right now to pay our bills. Without it, I can’t pay my bills.”