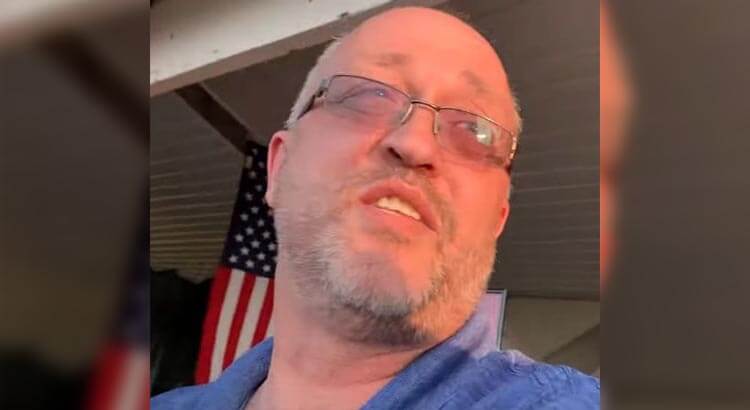 Click’s comments came during a speech he gave at a pro-law enforcement rally in Downtown Tiffin.

Initially, Click shared the story from a third-person point of view.

“There was a young man, who was about 16, 17 years old. And he got in trouble, he got caught. He was in a drugstore, and got caught shoplifting, stealing a pair of sunglasses,” Click explained.

Click said after he left the store, a security officer approached him and asked where the sunglasses were.

“They’re in my pocket,” Click says he admitted to the officer.

According to Click, the officer then took him into the back office of the drug store and told him what he was doing did not put him on the “track to make a difference, at least a good difference.”

“That young man grew up to be a police chaplain, and also a pastor, and today he’s your candidate for state representative. That was me,” Click said.

Click has also talked about his drug and alcohol use beginning in his early years several times on the campaign trail. The first instance came when the pastor was sharing memories at his campaign kickoff event.

“When I was 16… I got drunk, my dad gave me pot, I smoked my first joint with my dad, and by the way I haven’t smoked many since just so you know,” Click said during his campaign announcement speech. “I think I inhaled, but I’m not sure.”

Click is a former community theater actor and currently works as a pastor at Fremont Baptist Temple. Click, one of the first candidates for state office from the area without any private sector experience, most recently served on the Republican State Central Committee, representing the 26th Senate district.

Click has come under fire after a video surfaced showing him berating a former female GOP candidate for the Ohio Senate, Melissa Ackison, calling her “trash,” a “phony,” and other insults.

Click is running as the Republican candidate for the 88th Ohio House district.