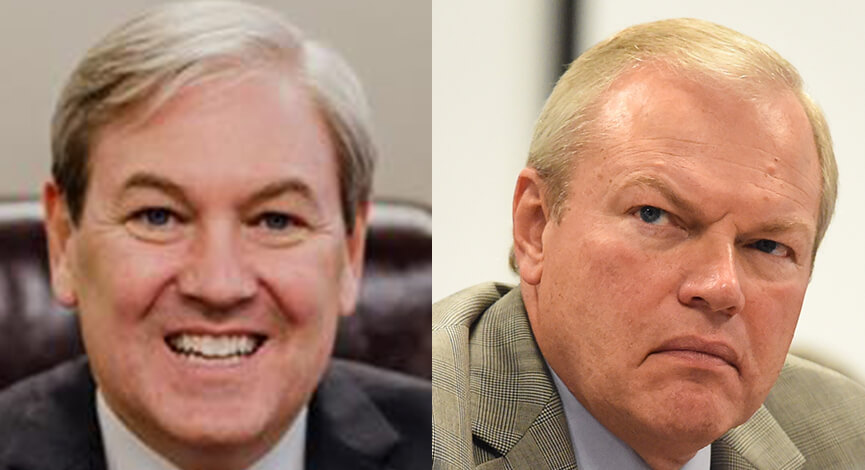 Former state representative candidate and current Seneca County Commissioner Shayne Thomas (R-Clinton Twp.) is calling on state Rep. Bill Reineke (R-Tiffin) and other state lawmakers to “immediately repeal” House Bill 6, the controversial nuclear bailout legislation at the center of what is turning out to be the biggest corruption scandal in Ohio state government history.

“It has become very clear that the process used in passing this legislation was corrupt,” Thomas said in a Facebook post Friday. “Most troubling is that the attempt to put a referendum on the ballot was suppressed vigorously with dirty money. We highly value the right of Ohio voters to weigh in on significant issues. In this case the right to a referendum was hijacked.”

Ohio House Speaker Larry Householder (R-Glenford) and four political operatives were arrested and charged Tuesday with racketeering. The charges stem from an investigation regarding FirstEnergy, an Ohio energy company that paid Householder and his associates $61 million to get a $1.5 billion nuclear bailout from taxpayers through House Bill 6.

The alleged conspiracy, which revolved around the bailout of two failing nuclear power plants in Northern Ohio, is “likely the largest bribery and money-laundering scheme ever in the state of Ohio,” David DeVillers, U.S. Attorney for the Southern District of Ohio, said at a Tuesday afternoon press conference. No other state legislator besides Householder has been charged with a crime, and DeVillers would not identify any others that may still be under investigation.

It is unclear if Reineke would be willing to consider the repeal of House Bill 6, as he took thousands of dollars in campaign contributions from FirstEnergy’s political action committee (PAC) and co-sponsored the legislation in question.

Reineke released a statement Wednesday claiming he was “shocked” at the alleged corruption displayed by Householder. “I am calling on Larry Householder to resign immediately. There is vital work for the legislature to do in the remainder of this year, especially given the pandemic and economic issues facing our state,” Reineke said in the statement.

For Thomas, however, calling on Householder to resign isn’t enough. House Bill 6 should be repealed and lawmakers should go back to the drawing board for energy policy in the state, Thomas says.

“I am asking Bill Reineke, Dave Burke, and Riordan McClain to immediately repeal HB6. Start with a fresh white board for energy policy,” Thomas wrote in his Facebook post. “If a replacement bill is [introduced] then argue that bill on its merits. The only conscientious thing to do for the voters/ratepayers of Ohio is to quickly and completely repeal the bailout.”

An 80-page criminal complaint unsealed Tuesday says that “Company A,” the former FirstEnergy Solutions of Akron, worked to save its failing nuclear plants by funneling $61 million into Generation Now, a 501(c)(4) “dark-money” group controlled by Householder in exchange for Householder’s and his associate’s help in passing House Bill 6.

Householder and his associates then also allegedly worked to corruptly ensure that HB 6 went into effect by defeating a ballot initiative to overturn the legislation.