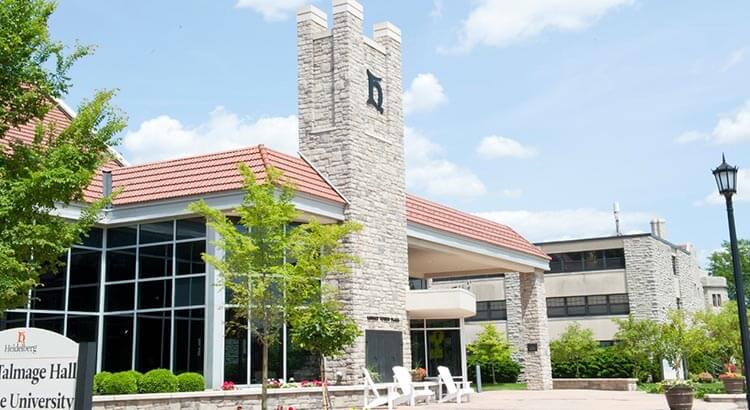 A number of private colleges and universities in Ohio benefited from forgivable federal small business loans and retained thousands of local jobs.

Public institutions were not as lucky. Unable to receive the millions of public loan dollars which flowed to private campuses this spring, many have announced deep cuts in recent months. The coronavirus pandemic has added further budgetary strains to public universities already reeling from state funding declines.

More than two-dozen private campuses in Ohio received funding from the Paycheck Protection Program, data released by the federal government on Monday shows.

The program is administered by the Small Business Administration and offers low-interest loans to businesses, nonprofits and other entities to keep workers on their payroll. The loans can be forgiven if the funds are used for payroll costs, mortgage interest, rent or utilities, according to the SBA.

The government provided a list of recipients on Monday, giving a general range of money received by each rather than a specific dollar amount. For example, Marietta College in Southeast Ohio received an unspecified amount between $5-10 million.

In total, these private institutions in Ohio received between $47 million and $110 million.

The list did provide a specific number of “jobs retained” through each loan. Combined, the loans have retained about 8,300 jobs at these private campuses.

The PPP guidelines do not explicitly prohibit public institutions from applying, but the rules do render most public campuses in Ohio as being ineligible for funding.

One key restriction is that only entities with 500 or fewer employees can apply, thus leaving out most large-scale universities. Applicants must also fall under certain registered categories — primarily as a business or nonprofit.

This allows Belmont College to be a rare exception of a public school having received funds. The two-year school in St. Clairsville is a registered nonprofit and thus received between $1-2 million to benefit its 150 workers.

A number of religious institutions also received funds. God’s Bible School and College in Cincinnati was granted a loan of between $350,000 and $1 million for its 57 employees. Other seminaries in Wilberforce, Delaware and Columbus received funding in that range as well.

Higher education institutions of all sizes have been hit hard by the coronavirus pandemic, which sent students home early this past spring semester and has left plans up in the air for this coming term.

It has already been a challenging few years for public colleges and universities. Education advocates are concerned by public universities floundering under the weight of major state funding cuts and a decreasing state share of instruction, the state’s main contribution to higher education budgets.

These funding concerns, combined with diminishing enrollment and the pandemic, have led to steep cuts. The Capital Journal has reported recent examples, such as Ohio University cutting 140 union workers in early May and Kent State University slashing 20% of its operating budget. Later in May, OU announced 200 additional personnel cuts and planned to implement furloughs for those who remain, The Columbus Dispatch reported.

“It’s important to remember that public colleges and universities, especially community and technical colleges and regional campuses of four-year schools, are on the educational front lines in Ohio,” said Piet van Lier, a education-focused research consultant for Policy Matters Ohio, a think tank. “The more we do to keep these public schools fully functioning and serving their communities, the more they will be able to contribute to a strong Ohio economy as we recover from the pandemic recession.”

The contrast between public school cuts and private schools receiving public funding can also be seen at the K-12 level.

Susan Tebben contributed to this report.