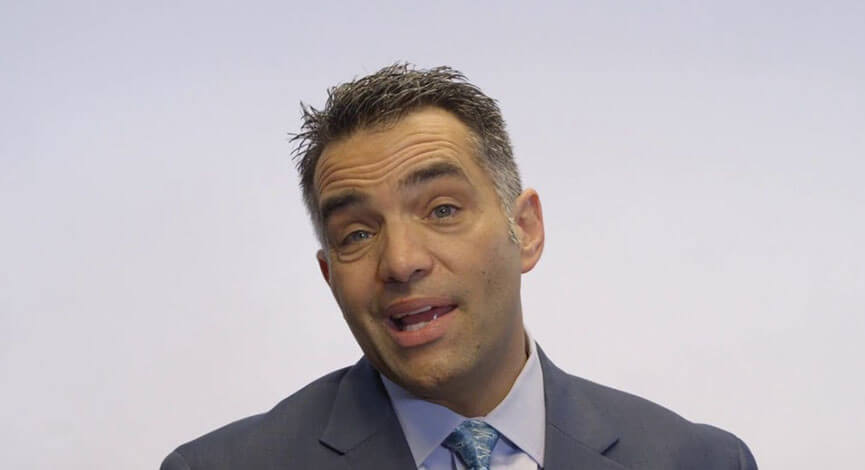 In a bizarre Facebook post, Rep. Nino Vitale (R-Urbana) urged people to “STOP GETTING TESTED” for coronavirus, and claimed people who do get tested are going “crazy.”

“Are you tired of living in a dictatorship yet?” Vitale asked in the post. “This is what happens when people go crazy and get tested.”

“It is giving the government an excuse to claim something is happening that is not happening at the magnitude they say it is happening,” Vitale quipped in the post.

Vitale, who has long downplayed the severity of the pandemic, appeared to ignore the fact that not only have coronavirus cases increased, but hospitalizations have also steadily increased in recent weeks.

Despite Vitale’s remarks, virtually all medical experts agree expanded testing is one of the keys to fighting the pandemic.

Vitale has been among the most strident critics against the coronavirus mitigation tactics taken by Gov. Mike DeWine and former Ohio Department of Health Director Dr. Amy Acton, denouncing their actions as being “tyrannical.” Vitale has repeatedly referred to Acton as a dictator and nicknamed her the “Doctor of Doom.”

He has repeatedly referred to DeWine as an “emperor” and former Ohio Department of Health Director Dr. Amy Acton as a “globalist.” He has stated that he is refusing to wear face masks or coverings because faces are the “likeness of God.”

His references to Acton being a “globalist health director” led to Vitale being condemned by the Anti-Defamation League earlier in May.

Vitale has also speculated that Bill Gates created the coronavirus; had a YouTube video taken down for having shared misinformation; and has told constituents on Facebook that wearing a mask would cause the disease to spread. The latter post was labeled by Facebook’s fact checkers as being “False Information.”

Along with criticism from Democrats, Vitale has been the subject of rebuke from a leader in his own party — albeit from the separate chamber.

Senate President Larry Obhof (R-Medina) made the comment as part of a broader criticism of the House Republican Caucus.

“Bill Gates didn’t create the virus, Ohio’s health director isn’t a globalist dictator, and Ohio law enforcement officers aren’t a ‘goon squad.’ Spreading misinformation and using this kind of rhetoric does a disservice to the people of Ohio,” Obhof said in a statement reported by The Columbus Dispatch.

Vitale has represented Ohio’s 85th statehouse district since 2015. He is running unopposed in the upcoming November general election.