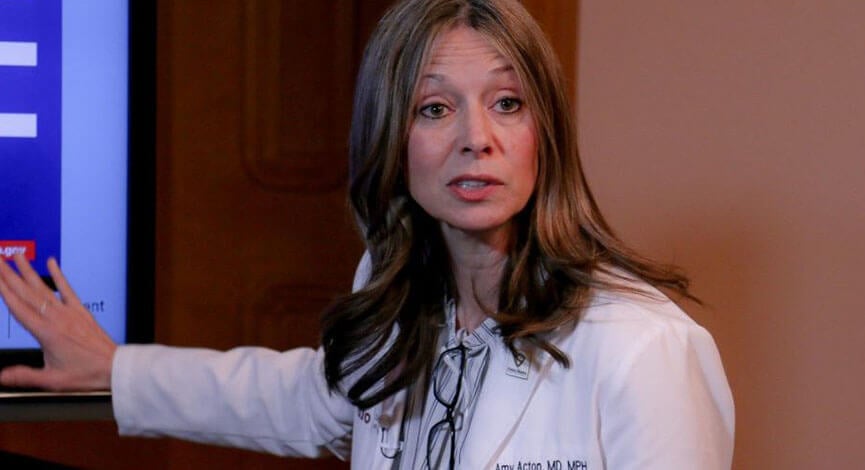 Two Ohio lawmakers introduced a bill Monday that would designate February 26 as “Dr. Amy Acton Day” to honor the former director of the Ohio Department of Health.

The bill is sponsored by Reps. Mary Lightbody (D-Westerville) and Kent Smith (D-Euclid).

February 26 represents the date in 2019 when Acton was named state health director by Gov. Mike DeWine.

Acton recently stepped down from the position after becoming the target of frustrations about shutdown orders and other protective measures taken to stymie the spread of COVID-19. She is now a top health adviser to the governor.

The Youngstown native was thrust from relative obscurity to becoming a household name. Acton’s professorial explanations and clever use of analogies — masks as swiss cheese, for example — hearkened back to her days teaching public health at Ohio State University.

Acton’s calm demeanor during the initial COVID-19 press briefings in March helped her popularity grow, with her temperament viewed in contrast to the rising case numbers and a society grinding to a frightening halt.

The rest of America began to take notice. TIME Magazine lauded her “collective calm amid calamity.” The Washington Post called Acton a “white-coated emblem of her state’s forceful coronavirus response.”

There were t-shirts made, a bobblehead, a TV show opening parody and a fan club Facebook page which has grown to over 133,000 members. Her Twitter page gained 55,000 followers despite Acton having never once tweeted or followed another user.