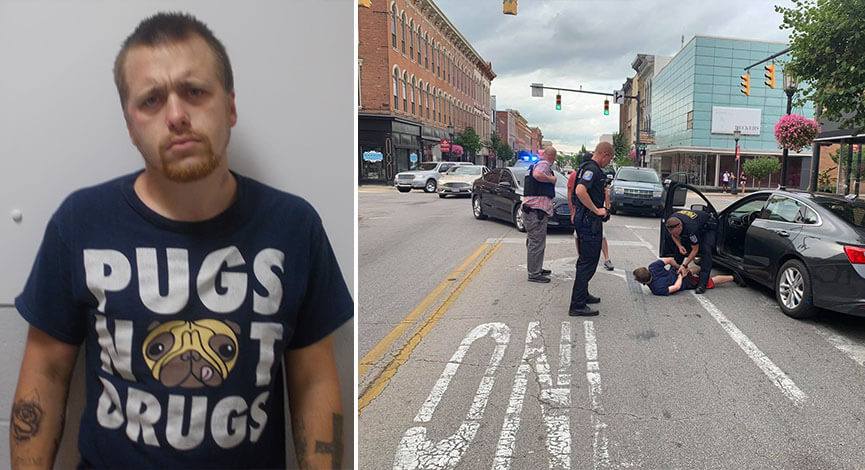 A Fostoria man wearing a “Pugs Not Drugs” t-shirt was arrested on drug trafficking charges Wednesday as part of a sting operation.

The Seneca County Drug Task Force / METRICH Enforcement Unit, along with officers from the Tiffin Police Department, conducted the operation at the corner of Madison St. and S. Washington St., where 25-year-old Jacob Woodruff, of Fostoria, was arrested.

Authorities stopped Woodruff’s vehicle and immediately placed him into custody without incident.

Tiffin Police Chief Fred Stevens says Woodruff is a “person of interest” in numerous recent overdoses throughout the city of Tiffin and Seneca County.

“We can say without any hesitation the community is a little safer tonight putting him behind bars for the time being,” Stevens said in a statement.

Stevens encouraged anyone with information on suspicious drug-related activity to report it to their local police department or to the Seneca County Drug Task Force hotline at (419) 443-0463.