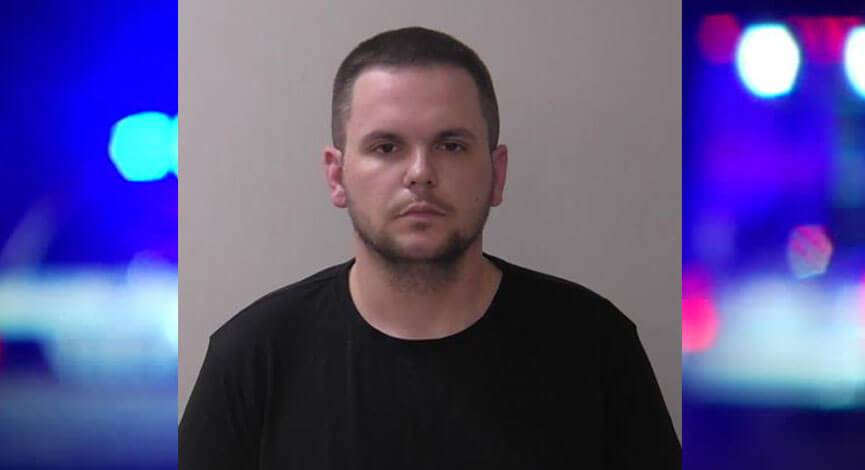 FINDLAY, Ohio — Officers from the Findlay Police Department were led on a high-speed chase early Sunday morning after a man awoke from a “nap behind the wheel.”

At approximately 3:33 a.m., officers responded to a report of a male passed out behind the wheel of a vehicle in the parking lot of a Speedway gas station on W. Trenton Ave.

Officers began investigating the incident, and found a single male occupant in the vehicle.

The man was woken up by officers, and during the course of their investigation he fled the business in the vehicle at a high rate of speed.

The suspect struck a parked, unoccupied vehicle in the parking lot while fleeing.

Officers initiated a pursuit with the man at 3:39 a.m. The pursuit traveled northbound on Broad Ave. at speeds in excess of 85 miles per hour.

The pursuit continued westbound onto W. Bigelow Ave. / Country Road 95 at speeds in excess of 105 miles per hour.

Officers lost sight of the suspect’s vehicle near the area of County Road 95 / County Road 140, and the pursuit was terminated at 3:42 a.m., after traveling approximately 2.5 miles.

The suspect’s vehicle was located disabled in a field on County Road 94, where it struck a fire hydrant. The driver fled the vehicle, and was located and apprehended by officers in the area.

The driver, identified as 34-year-old Thomas S. Crowe, Jr., of Findlay, was arrested and incarcerated at the Hancock County Justice Center.

Crowe is charged with felony fleeing and eluding, operating a vehicle under the influence (OVI), failure to stop after an accident, and failure to reinstate driver’s license.