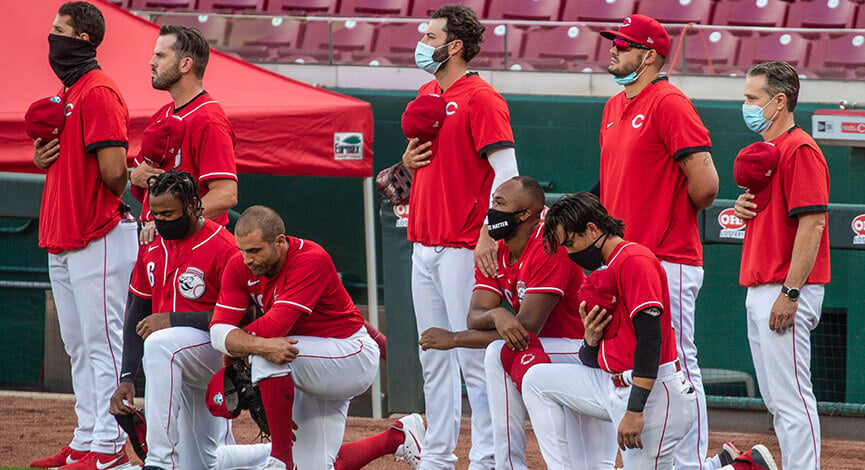 The Reds tweeted a picture of the scene, captioned “unity” followed by a heart emoji and “#BlackLivesMatter.”

The Reds players kneeling came after several members of the San Francisco Giants knelt during the anthem before the team’s exhibition against the Oakland Athletics.