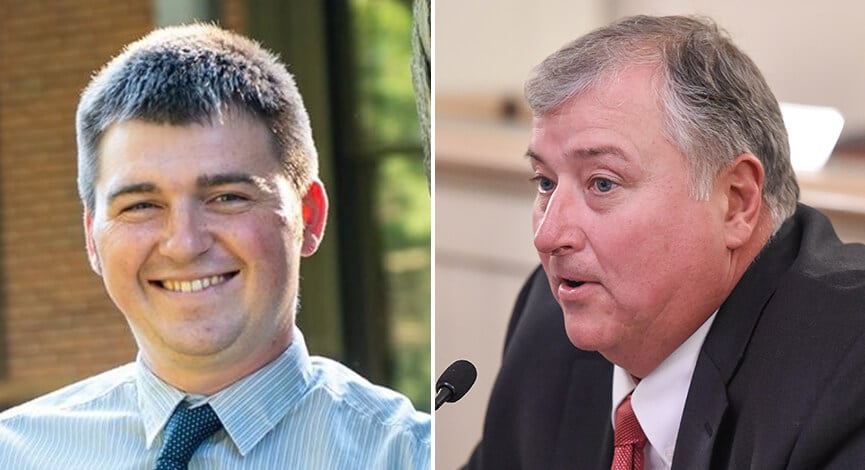 In the wake of what is turning out to be the biggest corruption scandal in Ohio state government history, state representative candidate Chris Liebold (D-Fremont) is calling on Ohio House Speaker Larry Householder (R-Glenford) to resign.

“It is a sad time in Ohio’s history. The Sixty-Million-dollar bribery enterprise orchestrated by Republican speaker Larry Householder has no place in our democracy. Bills in our legislature should be debated based upon their merits, not based upon how much money the beneficiaries are willing to pay,” Liebold said in a statement.

Householder, along with lobbyists Neil Clark, former Ohio GOP Chair Matt Borges, and Juan Cespedes, were charged Tuesday with racketeering as the result of an investigation regarding a $60 million bribery scheme. Householder’s political adviser, Jeffrey Longstreth, was also taken into custody.

“As a proud, lifelong Ohioan who has always had the utmost respect for our government officials, I want to be very clear: the allegations against Mr. Householder are reprehensible and I condemn them. That is what I am calling for his resignation from the Ohio House of Representatives,” Liebold added.

Liebold, who currently serves as a Fremont City Council member, is facing off against controversial Baptist preacher Gary Click (R-Vickery) for the 88th district Ohio House seat in November. The 88th Ohio House district includes all of Sandusky County and the majority of Seneca County.

“The dirty money that Mr. Householder acquired as the result of a criminal enterprise must not be used to buy this election for Mr. Click in Sandusky and Seneca Counties,” Liebold said.

As of Thursday evening, Click has not issued a statement regarding the allegations against Householder.

“This is the second time in two years that a Republican speaker of the Ohio House has been under FBI investigation. It is time for new leadership in Columbus that will not succumb to the bribes and ways of the Columbus status quo. It is time for a candidate who will not only reject this behavior, but strive to stop it,” Liebold said.