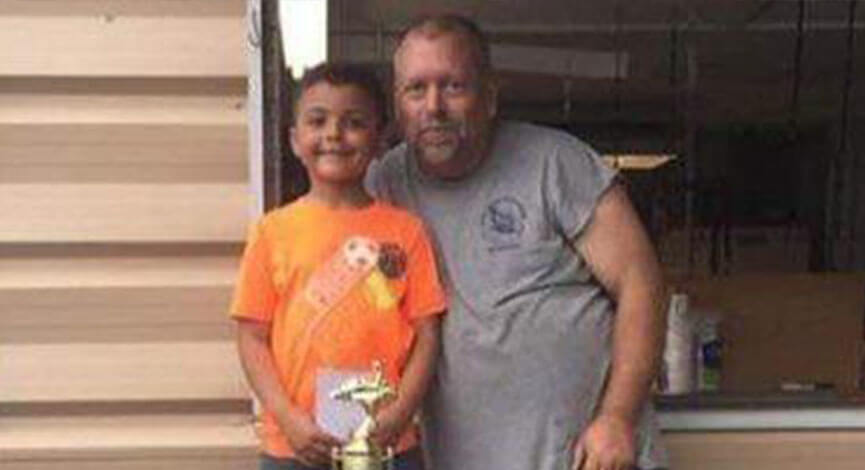 The crash occurred at 5:44 p.m., and there was heavy rain in the area of the crash at the time.

50-year-old Mark E. Whaley, of Bellevue, Ohio, was driving a 2006 silver Ford Focus eastbound on U.S. 20 in the right lane with his 7-year-old grandson as the right rear passenger.

Whaley stopped for a red light at the intersection. Wagner was unable to stop with assured clear distance ahead and struck Whaley in the rear.

Both vehicles ran off the south side of U.S. 20 and struck a large utility pole and fence before coming to a final rest.

Whaley and his grandson sustained fatal injuries as a result of the crash. Whaley was not wearing his seatbelt, but his grandson was.

Wagner sustained minor injuries as a result of the crash and was wearing his seatbelt.

Alcohol/drug impairment do not appear to be factors in the crash. The crash remains under investigation.

A GoFundMe fundraiser has been started to assist the family with funeral expenses.

Mark Whaley was a driver, crewman, track official and fan of racing, and his grandson PJ was a kid kart driver.

“Those of us who were honored to know Mark knew that he had a passion for racing and took pride in his work on and off the track,” the GoFundMe page states. “Nothing compared to his pride that he had for his up and coming wheelman, PJ. The two were inseparable and a force to be reckoned with on the track.”

All donations will assist Mark’s wife, Melissa Whaley, and his brother, Keith Whaley, with the funeral/memorial expenses. Arrangements are currently pending at this time.

To view the GoFundMe page and/or make a donation, click here.