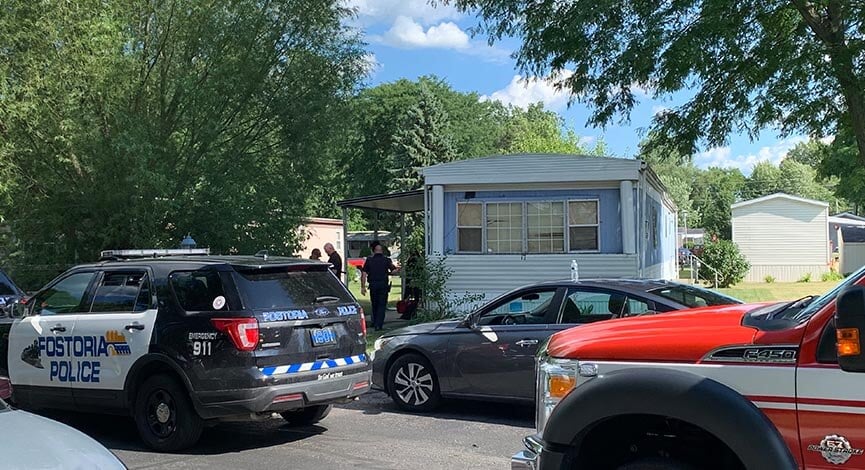 FOSTORIA, Ohio — Authorities executed a search warrant on a Fostoria trailer Tuesday, resulting in the seizure of drugs and more.

Agents from the Seneca County Drug Task Force – METRICH Enforcement Unit were requested to assist Fostoria Police Division officers with an investigation related to a traffic crash on Buckley St.

According to witnesses, immediately after the crash occurred, a subject was seen removing a package from the wrecked vehicle and fleeing to a trailer located at 800 Woodward Ave., Lot 17.

Police say the trailer is the residence of 26-year-old Leah A. Everly and 27-year-old Dajon E. Wood.

Charges are pending on Everly and Wood, as well as some of the additional suspects discovered inside the residence, upon the conclusion of the investigation and the return of lab analysis on the substances seized in the operation. Those charges include trafficking prescription pills, possession of criminal tools, possession of illicit prescription drugs, and possession of marijuana.

“The immediate response of our Fostoria officers and task force agents were instrumental to the success of this investigation. And I don’t want to leave out the assistance from citizens who witnessed the incident and came forward with their observations. I am not afraid to say that it’s going to take all of us together to battle against those who continue to sell their drugs in our city,” Fostoria Police Division Chief Keith Loreno said in a statement.