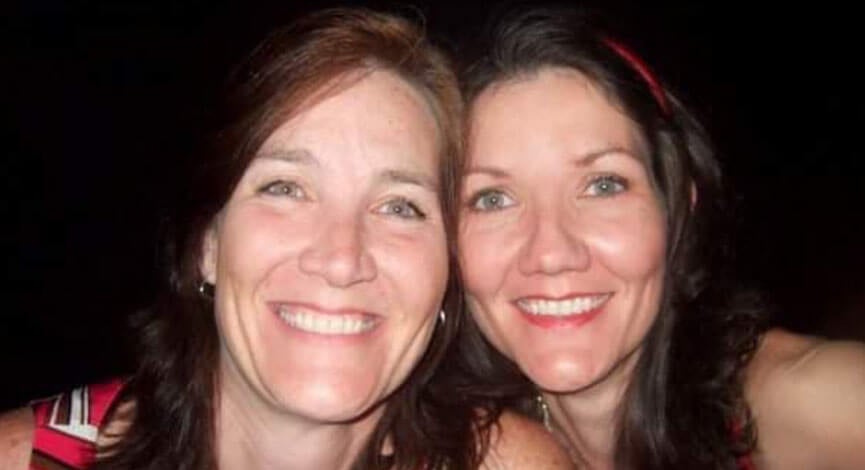 When her sister died of COVID-19, it was on Crissy Kolarik to make the phone calls.

Her sister, Jennifer Bessemer Marando, 50, left behind a herd of 12 biological and adopted children, a husband, close cousins, and friends anxiously awaiting the grim news.

About five years ago, Marando was diagnosed with chronic lymphocytic leukemia, a cancer that forms in bone marrow before moving into the blood. The cancer was in remission by June 2016 but reappeared last summer. But in March of this year, her doctors deemed her rid of the cancer entirely, Kolarik said.

On April 21 Marando was hospitalized at Akron General. A week later, her fever spiked to 104 degrees Fahrenheit, prompting transfer to the ICU. By April 29, doctors placed her on a ventilator.

Marando’s mother and husband — clad in N95 respirators, latex gloves and disposable gowns — were in the room June 5 when doctors pulled the plug.

“I saw this do stuff to my wife that I never thought even cancer was able to do,” said Henry Drechsler, Marando’s husband. “I was just devastated. Jennifer was my soulmate. I just couldn’t function at all. Thank god for Crissy.”

For Kolarik, there was work to be done. Every day between the April hospitalization and the June funeral, she posted updates to Facebook. When the disease compromised Marando’s myelin sheath and it became apparent death was near, Kolarik coordinated the last goodbyes.

Besides Marando’s mother and husband, some of her children — Morgan, 22, Evan, 20, Haylee, 24, Brick, 18, Tatiana, 26, and Grace, 30 — all strapped on the requisite protective equipment in an era of contagion to say goodbye to their mother.

Marando’s death would be added to a list of 3,189 Ohioans who have died of COVID-19 — a death toll greater than that of the terrorist attacks on September 11, 2001. It’s a small piece of the more than 140,000 Americans dead from the new coronavirus in the last seven months, per data from Johns Hopkins University.

The sisters were maids of honor at each other’s weddings. They started an adoption agency and operated a bowling alley together, among other ventures.

“She was very enmeshed in my life, she was my sister, she was my best friend, and also my business partner,” she said. “All three of those people were wiped out at the same time.”

First, Marando told her husband something just felt off. Then she started coughing. By the time Drechsler came back from work that day, an ever-escalating fever had settled in.

Unaware it’d be the last time he’d really see his wife, Drechsler dropped her off at Akron General.

She tested positive for COVID-19 at the hospital, and soon started experiencing shortness of breath. By the time of her transfer to the ICU, she could only send text messages – talking on the phone was too taxing.

There were bright spots along the way. Kolarik made a Duran Duran mix that nurses would play for her sister. They had seen the English new wave band 13 times in concert together. Nurses, who took to calling Marando’s bed “the Duran Duran room,” told the family they saw Marando’s eyes flutter and her heart rate jump when they played the music.

The anecdote made its way to the band, who even took to their podcast to send wishes of good health to the family and dedicate a playing of “Sunset Garage” to her.

“All I can think about is the state that Jennifer is in, and to wish her health, and a recovery and life,” said Simon Le Bon, the band’s lead singer. “I wish her sunshine and happiness. I’m going to play a track for her, and if she hears it, I’d be so happy.”

By June 3, it grew clearer that Marando wouldn’t make it. Kolarik cajoled the nursing staff into sparing the protective equipment for the family, who marched two-by-two into the hospital room to say goodbye to their mom.

Some opted against going in. Kolarik’s father, who she described as traumatized and afraid to leave his house after watching what happened, stayed home.

‘The luxury of ignorance’

Some days are better than others for the family. Kolarik lapses into tears more easily than usual.

Drechsler left his job in January to start his own contracting business. He said management gave him too much grief over leaving early or showing up late when his wife had cancer-related appointments to tend to.

The timing was poor.

With his wife’s support, he started his own business just weeks before the Ohio Department of Health issued stay-at-home orders to slow the virus’ spread. Marando, always in charge of the nuts and bolts of business operations with her sister, handled the paperwork.

Drechsler said he’s living on donations for now and plans to get back to work when the kids get back to school.

The family used Facebook to share updates and tell their truth about what the coronavirus is doing. Some of the videos found viewership by the thousands.

They see the naysayers who claim the virus is just a hoax or media hype, or those who vilify and politicize masks, which public health officials recommend to curtail spread of the coronavirus.

“I see all these people complaining about wearing masks, and all sorts of shit, and — I’m sorry, but it’s just very frustrating,” Drechsler said. “This is not just a typical flu that everyone wants to think it is. It is not.”

“I can’t believe it, that they’re sharing this with me, knowing I just lost my wife to this.”

“People want to have their normal life. If it doesn’t affect them, it’s like it isn’t real,” she said. “I don’t have the benefit or the luxury of ignorance.”

Even in a deadly pandemic, life goes on. Kolarik said the family is putting together plans to spread Marando’s ashes on a cruise, hopefully next summer. Somewhere warm, maybe Aruba.

The trip might be next summer, though no one knows what will happen with the pandemic. Logistics are always hard with a big family.

Plus, it was always Marando who planned the family vacations.