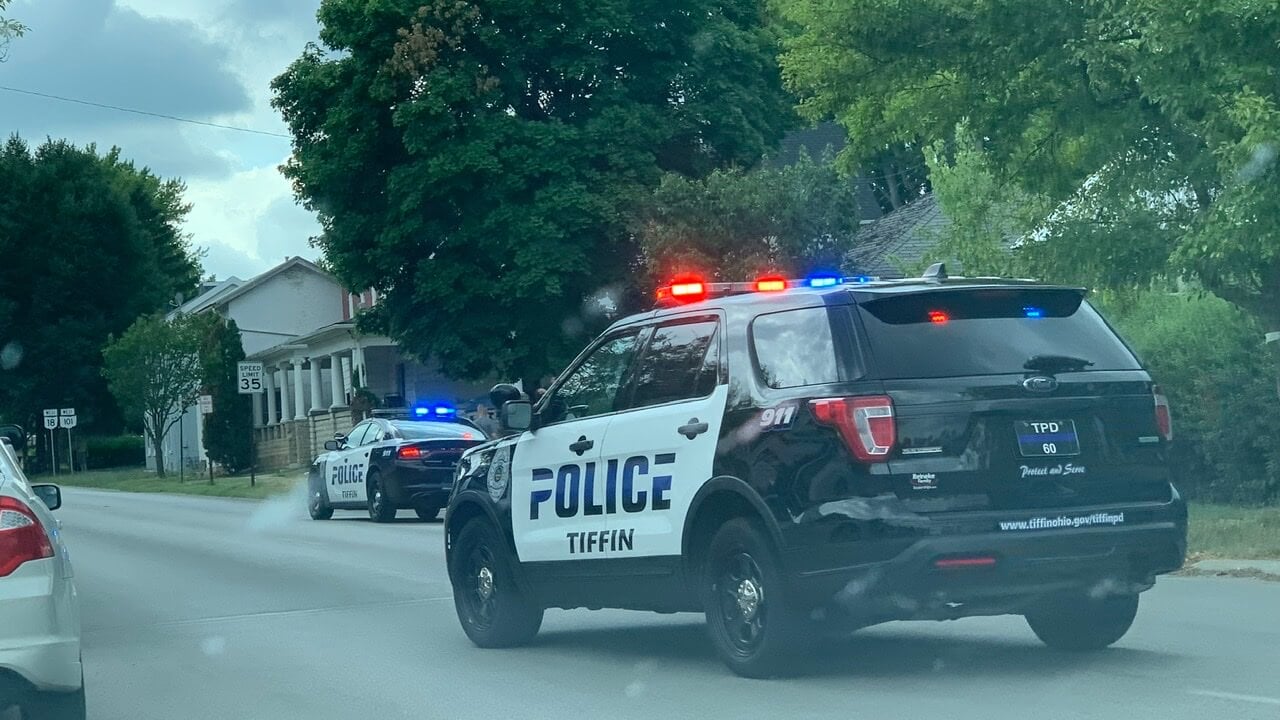 It was further reported that a male with a handgun had fired 5-6 shots at the vehicle and its occupants before the vehicle fled the scene.

A short time later, police and EMS were requested in the 300 block of S. Monroe St. for a report that a male had been shot in the leg.

Upon their arrival, police found the man and the vehicle that were involved in the initial incident.

Detectives were summoned to process the two crime scenes and to investigate further.

Witnesses interviewed were able to identify two juvenile males from the W. Perry St. residence who were involved with brandishing and firing the weapon.

The 16-year-old suspect was found in possession of a 9mm handgun. Suspected 9mm shell casings were recovered from the crime scene.

The shooting victim was identified as Bryce J. Snyder, who was transported to Tiffin Mercy Hospital for treatment of non-life threatening injuries. Snyder suffered a single gunshot wound to a lower leg, and was later released from the hospital.

A female passenger in Snyder’s vehicle, 19-year-old Meghan Bennett of Fostoria, was taken to the Tiffin Police Department and interviewed by detectives. She was later released with the possibility of criminal charges being filed later for her actions in an incident that led up to the eventual confrontation and shooting.

The 14-year-old male was treated at Tiffin Mercy Hospital for a possible leg injury after he was allegedly struck by Snyder’s vehicle during the incident. He was later released to the care of his mother.

The 16-year-old male was confined at the Seneca County Youth Center on charges of aggravated robbery and felonious assault.

At this time the investigation is ongoing, and additional charges are expected in the near future.