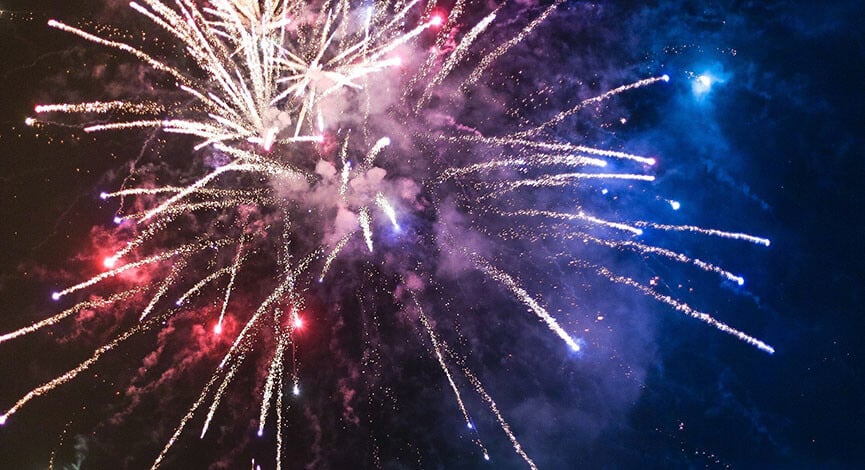 TIFFIN — The Tiffin Police Department has responded to several calls about the discharge of fireworks throughout June, and some local residents are taking to social media to air their grievances.

Tiffin Police Chief Fred Stevens said his department has had 11 calls regarding fireworks complaints so far in the month of June, with most of those being in the last week as we approach Independence Day.

“Since fireworks calls are a low priority call for service and we are limited in our manpower, they do not always get a response immediately,” Chief Stevens told TiffinOhio.net. “Obviously higher priority calls for service come first.”

Because of that, Stevens says some complaints do not result in any warnings or citations being issued — as police may have a delayed response to the location and are unable to hear any fireworks being discharged or identify anyone potentially involved.

In the last week, however, Stevens said 3 verbal warnings were issued in situations where the officer was able to determine where the fireworks were coming from.

One of those verbal warnings also resulted in the confiscation of the remaining fireworks at the property.

“All 3 were educated during their warnings about the illegality of fireworks in Ohio and the penalties and also the danger of being burned or maimed,” Chief Stevens said.

Some residents took to social media to question the discharge of fireworks in their neighborhoods.

“Does anyone know of people shooting of fireworks in town? I hear them every night at this time. Usually only one but just heard five in a row very fast,” Kaelin Dakota Gernert posted in a local community group on Facebook.

“They been shooting off for three nights down here behind High Miler,” one woman commented.

“Definitely more fireworks over the past few days, my dog Blu refuses to go outside. Fortunately, she no longer takes off, she just stays inside. If anyone sees any stray dogs over the 4th weekend, more than likely they are just scared,” a local man wrote on social media.

“On West Perry every night! My poor dog goes nuts! And it’s great when some people are trying to sleep because they have to wake up at 4:30 am to go to work,” another local woman commented.

“I’m tired of these fireworks when I am trying to sleep. My dogs also go nuts and start barking non stop when it happens,” Mary Durst wrote in a message to TiffinOhio.net.

Some, however, have defended those shooting off fireworks before Independence Day.

“All fireworks matter get over it,” a local man wrote on social media.

“I know of a lot of people setting them off and guess what, they don’t care. Why would you wanna snitch on someone’s fun because the city postponed the actual show,” another wrote.

Chief Fred Stevens reminds residents that as it currently stands, consumer usage of fireworks is illegal in Ohio.

Only a licensed fireworks exhibitor is able to legally discharge fireworks in Ohio. While the Ohio House this month passed legislation to allow Ohioans to possess and set off consumer-grade fireworks in the state, the legislation still has to be approved by the Ohio Senate and signed into law by the governor before taking effect.

“I know there was some confusion on social media as I saw that some saw that lawmakers were considering passing fireworks legislation,” Chief Stevens told TiffinOhio.net. “It has not [yet] become law, and even if it did pass now it would take months to go into effect. So currently as it stands for this July 4th, fireworks are illegal and anyone setting them off risks a citation but more importantly injuring themselves or someone else.”