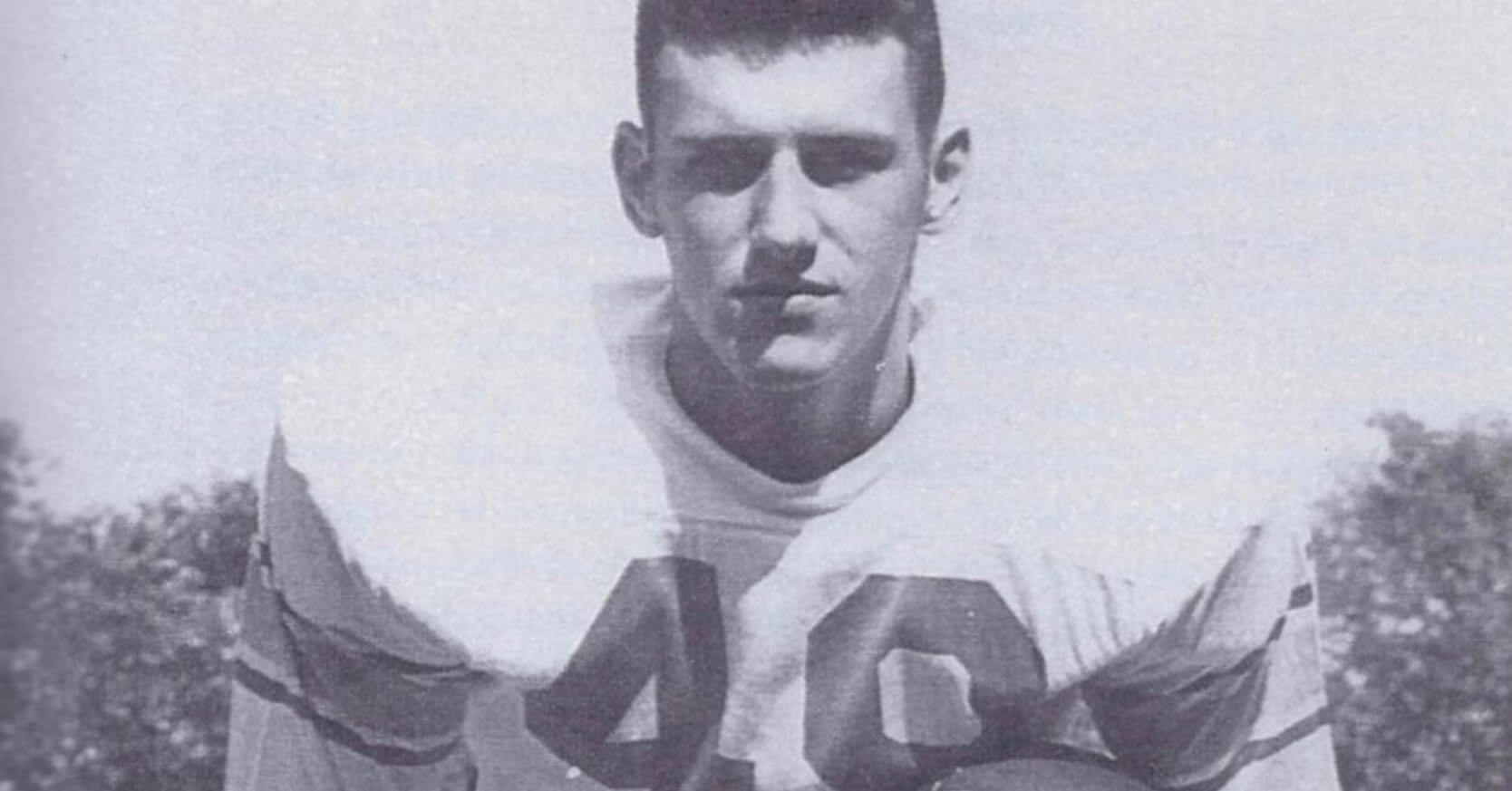 Bill Groman ’58, an NFL record holder and an ardent supporter of Heidelberg University, has passed away.

A native of Tiffin, Groman was an All-American in 1957 playing for College Football Hall of Fame inductee Paul Hoernemann.

That season, his senior campaign, Groman led the nation with 19 touchdown receptions.  He inducted into the Heidelberg Athletic Hall of Fame in 1986.

After receiving his degree, Groman worked as a teacher in Perrysburg for two years before being encouraged to try out for the AFL’s Houston Oilers.

In 1960, Groman set a record for receiving yards by a rookie (1,473 yards in 14 games).  Since the AFL and NFL merger, Groman’s mark is still the best in league history.

Though injuries derailed his promising on-field career, Groman continued his professional football career as a scout with the Atlanta Falcons.

Groman maintained a visible presence on campus throughout his lifetime — visiting often.  Many of his trips were with his brother, Harry ’56, and his lifelong friends Paul Baetz, 59 and Cal Dilworth ’57.