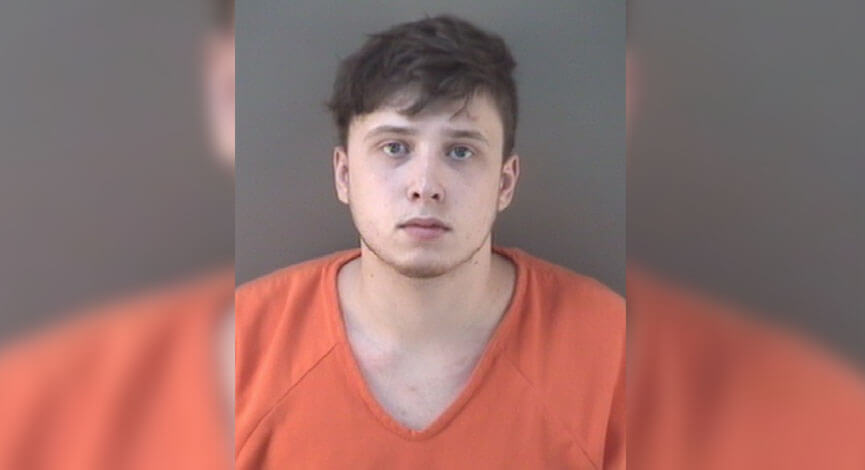 BOWLING GREEN, Ohio — A Tiffin man has been sentenced to jail for leading Bowling Green police on a high speed chase.

20-year-old Tyler Carter pleaded guilty to failure to comply with the order of signal of a police officer, a third-degree felony. He was also charged with leaving the scene of an accident and driving under suspension, but those charges were dismissed.

Carter was sentenced to 90 days in jail and five years of community control, according to Wood County Common Pleas Court records.

Carter was pulled over shortly after midnight on August 17 at Fairview and West Merry Avenues in Bowling Green as he was leaving his workplace, TH Plastics on Miller Drive, to head home to Tiffin.

As officers approached his vehicle, Carter drove away at a high rate of speed, court records state.

Carter entered two private lots on E. Wooster St., where he disregarded pedestrians, and then continued on Campbell Hill Road before striking a vehicle at the intersection of Napoleon Road.

Police stopped to check on the driver of the vehicle that was struck as Carter fled the scene.

Carter’s vehicle, which was registered in his girlfriend’s name, was found on Napoleon Road by officers shortly after. Documentation found in the vehicle identified Carter.

Police say Carter was driving under suspension for lack of financial responsibility.

Carter will also be required to pay $500 in restitution to the driver he struck at the intersection of Campbell Hill Road and Napoleon Road.

He will need to attend a driver improvement course and will receive credit for maintaining employment, attending a support program, and earning his GED.

Carter’s driver’s license was suspended for three years with no privileges.