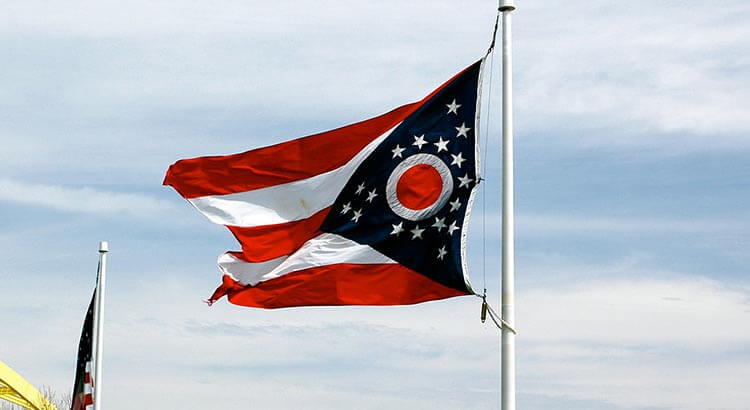 One of the most tired, loathsome bromides made in favor of flying the battle flag of slavers and traitors is the exaltation of heritage, as though passing down symbols of racism and sedition in behalf of states’ “rights” to slavery is a tradition worthy of honor.

In Ohio, the heritage argument, as it were, is especially galling. Ohio has a noble history of abolitionism and accomplishment both politically and on the battlefield during the Civil War. Waving the Confederate flag spits on the memory of Black and white Ohioans who sacrificed so much, including their very lives, for that legacy. Let’s take some time to recognize them and what they did here.

Considered one of the most important legislative acts of the Confederation Congress, the Northwest Ordinance of 1787 protected civil liberties and outlawed slavery in the new territories including what would become Ohio. While it did include a noxious fugitive slave clause, the Northwest Ordinance stands as the first U.S. government document to ban slavery. The negotiation of that was the work of Massachusetts Rev. Manasseh Cutler, who had joined several other Revolutionary War veterans, including Rufus Putnam and Winthrop Sargent, in forming the Ohio Company of Associates in 1786.

In the years to come, Cutler and Putnam would establish the first Ohio settlement of Marietta. They were also responsible for the establishment of Ohio University. While Cutler moved back to Massachusetts, his son Ephriam later came to settle permanently on Federal Creek. In 1802, Ephriam was selected as Washington County’s delegate to the Ohio Statehood Constitutional Convention. Ephriam Cutler introduced the section to the Ohio Constitution barring slavery and cast the deciding vote for Ohio to enter the Union as a non-slave state.

This was just the beginning of a muscular abolitionist streak among Ohioans. In April 1835 in Zanesville, prominent abolitionists including Asa Mahan, John Rankin, Theodore Dwight Weld, and Charles Finney established the Ohio Anti-Slavery Society. Many were affiliated with Oberlin College. Quakers from Mount Pleasant were also among the organizers. “The Ohio Anti-Slavery Society’s members pledged to fight for the abolition of slavery and the establishment of laws that would protect African Americans after they were free,” according to the Ohio History Connection. It was an offshoot of famed abolitionist publisher William Lloyd Garrison’s American Anti-Slavery Society.

With the Ohio River marking the threshold away from slave states for Black people making their way to freedom in Canada, the Underground Railroad — a network of secret routes and safe houses — featured prominently in the Buckeye State. Many small Ohio towns boast historical buildings along the Underground Railroad. Perhaps the most famous Ohio participants were Jane and John Rankin, a Presbyterian minister, who opened their home in Ripley to those seeking freedom.

From the Ohio History Connection: “Rankin would signal fugitive slaves in Kentucky with a lantern, letting them know when it was safe for them to cross the river. He kept the runaways hidden until it was safe for them to travel further north. Rankin provided shelter and food to as many as two thousand runaway slaves during his career with the Underground Railroad.”

The Compromise of 1850 included the Fugitive Slave Act, which prohibited assistance to “fugitive” Black people fleeing slavery and strengthened punishments, including in free states. Shortly thereafter, Harriet Beecher Stowe, who had lived in Cincinnati during her early adulthood and married into the abolitionist Underground Railroad-supporting Stowe family, began work on “Uncle Tom’s Cabin,” though by that time she had moved with her family to Maine.

The book immortalized the Rankins’ Underground Railroad efforts, with their home the first stop for the character Eliza as she fled for freedom in the North. From the Ohio History Connection: “Stowe wrote Uncle Tom’s Cabin to inform Northern whites about slavery’s brutality. In 1852 alone, Northerners purchased more than 300,000 copies of the book. Abraham Lincoln once claimed that Stowe and her book caused the Civil War.”

Another proximate catalyst for the Civil War was the attempted insurrection by abolitionist John Brown, who spent much of his life in Ohio, including early years in Hudson before moving his family to Franklin Mills (now known as Kent) and later Akron, where the John Brown House still stands and operates as a historical museum. He left Ohio in 1846 travelling both east and then west (Bleeding Kansas) in subsequent years. Before launching his Harper’s Ferry insurrection, Brown gathered supporters from the strong abolitionist Western Reserve area of Ohio he grew up in. Brown was tried, convicted and hung, but was defended at trial by Cleveland lawyer Hiram Griswold. The song John Brown’s Body — now known as the Battle Hymn of the Republic after being altered several times — became a Union anthem during the Civil War.

When President Lincoln formed his “team of rivals” cabinet after the 1860 election, he included in it staunch abolitionist Ohio Gov. Salmon P. Chase as secretary of the treasury. Following his tenure in the executive, Chase became one of three Ohioans to serve as chief justice of the U.S. Supreme Court. Also in Lincoln’s cabinet was Steubenville’s Edwin Stanton first as attorney general and then secretary of war, also an abolitionist vehemently opposed to slavery.

Lincoln’s generals prominently included William Tecumseh Sherman of Lancaster, and Ulysses S. Grant, of Point Pleasant. When Grant became president, he enforced reconstruction in the South, which carried forth until a questionable 1876 election decided by the U.S. Supreme Court and a shameful compromise by another Ohioan, Rutherford B. Hayes, to cease enforcing reconstruction. This was the first of four elections so far where the eventual victor did not win the popular vote.

In 1863, calls for a Constitutional amendment banning slavery had begun in earnest, starting with a proposal introduced by Ohio U.S. Rep. James Mitchell Ashley, originally a journalist from Portsmouth whose abolitionist activities caused him to flee to Toledo to avoid prosecution under the Fugitive Slave Act of 1850.

Another leading abolitionist in Congress was Ohio U.S. Rep. Joshua Reed Giddings of Jefferson in Ashtabula County, who led the opposition to any further expansion of slavery to the West. Giddings condemned the annexation of Texas, the Mexican War, the Compromise of 1850, and the Kansas–Nebraska Act, all of which contributed to expansion of slavery in the West.

Ohio U.S. Rep Thomas Morris was one of the most significant figures in the anti-slavery movement and the “first political martyr of the anti-slavery cause when he was denied re-election to the Senate because of his abolitionist convictions,” according to American Civil War historian Eric Foner in his book, “Free Soil, Free Labor, Free Men.”

John Mercer Langston was an African American abolitionist, attorney, educator, activist, diplomat, Congressman and the first dean of Howard University’s law school. Langston’s early career was based in Ohio, where, in 1855, he was one of the first African Americans in the United States elected to public office after winning a town clerk position in Brownhelm Township, Lorain County. This made Langston the first Black person to win elected office in Ohio. He and his brother were also very active with the Underground Railroad.

Approximately 11,237 Ohio soldiers died from wounds received on the various Civil War battlefields, while another 13,354 men died from diseases. More than 6,700 Black Ohioans served during the Civil War though casualty figures are hard to find.

This is an extremely short history of the legacy of Ohioans fighting for abolition and for the Union in the Civil War. Many others who contributed in thousands of different ways are, sadly, being left out here.

Ironically, they can most often be seen in rural areas of the state including Southern and Southeastern Ohio along the route of Confederate Brig. Gen. John Hunt Morgan’s raid, where a band of Confederate soldiers invaded Ohio, looting and burning villages from Nelsonville to Steubenville in June and July of 1863.

What a thing to “honor” by waving that awful flag; what an insult to the heritage of these and thousands of other Ohioans who were on the right side of history and handed down legacies truly worthy of reverence.