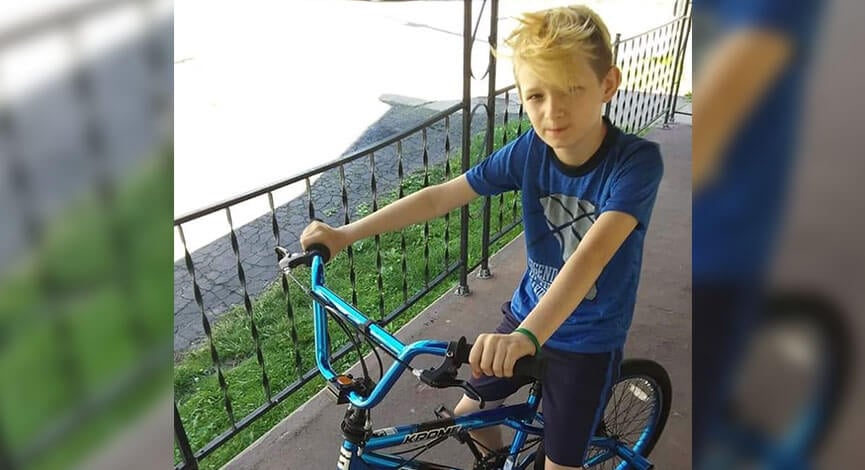 SALINEVILLE, Ohio — A statewide AMBER Alert was issued by the Lisbon Police Department in Ohio for a 10-year-old boy.

Emergency notifications were sent to all cell phones in the region, saying that 10-year-old Michael Shane Shields of Salineville, Ohio was abducted.

On Saturday, June 20, 2020, around noon, police say the mother of 10-year-old Michael Shields allowed him to leave with a 12-year-old or 13-year-old male child with an adult male to play.

Michael did not initially return home.

The incident took place in Columbiana County, Ohio on 15 W. Main St. in the city of Salineville.

Michael was last seen wearing a grey and blue shirt with black shorts. He had a silver basketball on him at the time.

The suspect’s name is unknown, although police say his first name is possibly Brian. The suspect is a white male, age 34, 5’6″ tall, weighs 160 pounds, and has brown and grey hair and a grey beard.

The suspect has full arm tattoo sleeve on both arms with stars on his forearms. The suspect was last seen wearing a grey tank top and blue jeans.

The vehicle involved is a red, older model Chevrolet Cavaliere.