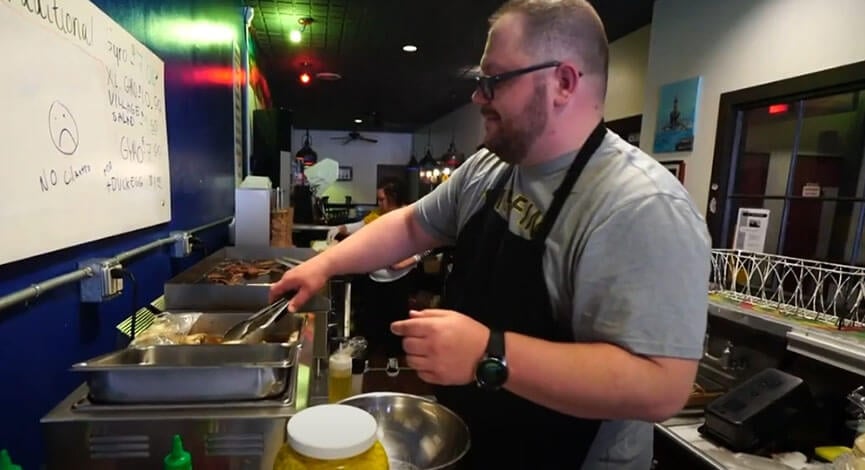 Owner Fotis Diamantopoulos said that Put-N-Pita will close its Downtown Tiffin storefront later this month and transition into a food truck business, allowing for a larger menu and “more room to grow.”

“I’m closing the Pita shop as we know it downtown, and have bought a brand spankin’ new 18 feet fully decked-out food truck,” Diamantopoulos said. “And I would like all of you to know that we have spared no expense in the construction of this kitchen on wheels. It’s brand new.”

Diamantopoulos said Put-N-Pita’s new food truck will be in the same location as the downtown storefront, just across the street. He also plans to take the truck to college and high school events as well as city functions. There will be an app for smartphones where customers can track the food truck’s location.

Put-N-Pita has offered traditional lamb and chicken gyros, greek salads, and baklava since its opening 4 years ago. Now, the restaurant will offer new menu items such as Jewish potato latkas and fresh-cut French fries with signature seasoning.

Diamantopoulos said he has tried looking for a building to purchase, but that it’s “hard to find a building equipped with the opportunities to grow and prosper in a town where only a select few individuals end up owning all of those type of properties.”

“Personally I’m done being pushed around by the big guys here. Our Pita Shop can’t be beat,” he said. “The virus has put a hurtin’ on the shop, that I can’t deny. But what it also has done is it has shown me that when an opportunity to grow presents itself in the restaurant business, the biggest mistake is to pass on that opportunity.”

Diamantopoulos described the new food truck as a “huge step” for Put-N-Pita. The new truck will take 75 to 100 days to be constructed, he said.

The downtown store’s last day will be at the end of June.