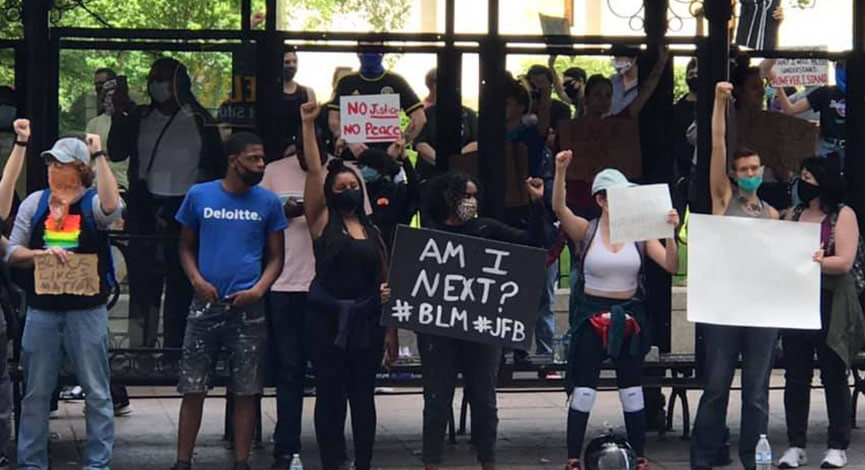 Three Ohio senators took time in between bill consideration to speak on the weekend’s protests and push forward consideration of a bill to make racism a public health crisis.

One of the sponsors of a senate concurrent resolution to declare the public health crisis stood up to ask for help from her fellow senators.

“We need your help, our people are being killed and nobody seems to want to do anything about it,” said state Sen. Sandra Williams, D-Cleveland. “I just ask you not to turn your back on black Americans who simply want to go to work, make a living, and take care of their families.

The bill only has seven Democratic cosponsors, and no Republican cosponsors. It has a companion resolution in the House.

Williams called out the protests that took place in response to health orders and against Ohio Department of Health Director Dr. Amy Acton. She noted the AK-47s that were brought to the Ohio Statehouse, weapons she used as a member of the military.

“Nobody did a thing to them even when they were banging on the doors,” Williams said.

But after a weekend of protests over the deaths of George Floyd, Breonna Taylor, Ahmaud Arbery, and others, she said law enforcement is “staging in the Atrium for what people might do.”

“All we need to do is treat people like human beings and they won’t be out there acting like animals, all they want is justice,” Williams said.

Minority Leader Kenny Yuko, D-Richmond Heights stood up as well after he and the resolution’s cosponsor, Sen. Hearcel Craig, D-Columbus,released a supportive statement over the weekend.

Assistant Minority Leader Cecil Thomas, D-Avondale, former officer in the Cincinnati Police Department, spoke of reforms Cincinnati implemented to “create a police department that works with communities rather than policing from the outside,” and address systemic issues within the city.

The Senate resolution was referred to the Health, Human Services and Medicaid committee on Wednesday, and the House resolution has moved to the State and Local Government Committee.