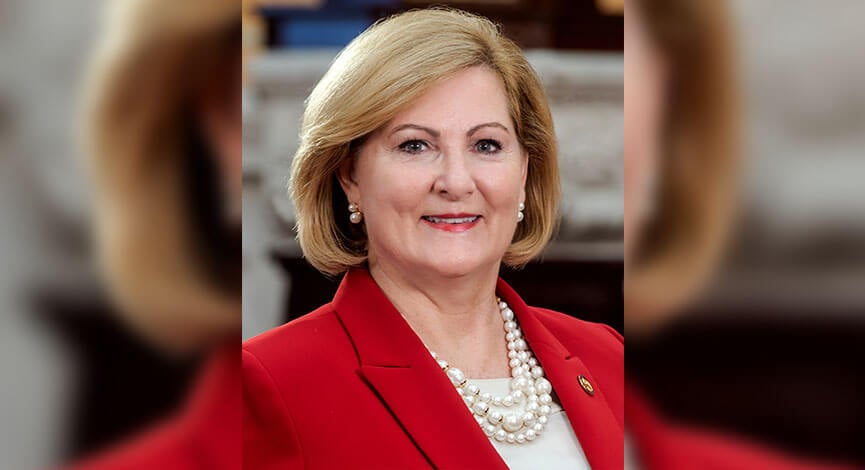 When a state Senate staffer tested positive for COVID-19 early this week, bipartisan leadership found a rare moment of agreement: Mum is the word.

A spokesman for the GOP Senate President refused to answer questions when rumors of the positive test leaked out. A spokeswoman for the Democratic Minority Leader deferred comment to Republican leadership. The local health department said it’s the employer’s decision who gets to know.

The culture of secrecy around an infectious disease detected inside the people’s house didn’t sit right with Sen. Teresa Fedor, a Toledo Democrat, who has been speaking out publicly against the lack of notification.

“We have a right to know,” she said in an interview. “This is a public state capitol. Public are coming in to give testimony. Lobbyists are doing work. Staff are going to the clerk’s office. To ensure a healthy work environment, to me, it’s number one in this life during the pandemic.”

The incident underscores a tricky balance of when to protect private medical information and when to sound the alarms about contagion during a pandemic.

Fedor, a longtime state lawmaker, heard Monday that a Statehouse staffer contracted COVID-19. She declined to provide details on the person’s role at the Statehouse.

Given most Republican lawmakers’ refusal to wear masks, as the CDC recommends, and decisions of Senate President Larry Obhof and Minority Leader Kenny Yuko against notifying the public and staff about the tests, Fedor has sent her staff home until diagnostic testing says they’re virus-free.

Another Senate Democrat, Tina Maharath, heard about the test when a reporter contacted her Tuesday. She said the minority chief of staff later confirmed that rumor, prompting her to go get tested herself. She also expressed frustration with the hush-hush policy.

“I feel like we shouldn’t disclose who the patient is, but we should at least disclose that there was a positive test in a public place,” she said in an interview Thursday. “We have to understand that this is the people’s house, the people’s building.”

On Tuesday, sources who requested anonymity passed on both firsthand and secondhand information about a supposed positive test result from an employee of the Legislative Service Commission, a nonpartisan body that assists lawmakers.

When asked, most every authority at the Statehouse declined to confirm even the existence of an employee who tested positive.

“We don’t comment on the private health information of employees,” said John Fortney, an Obhof spokesman.

Giulia Cambieri, a Yuko spokeswoman, said “we’re going to defer to the majority party on this.”

Columbus Public Health department spokeswoman Kelli Newman declined to provide any information and said as much is up to a person’s employer. She said anyone exposed would be notified after the fact via contact tracing.

“Some employers choose to put out a wider message, but again that is up to the employer,” she said.

The news entered the public sphere when the Columbus Dispatch published Fedor’s comments about the positive test in a story Wednesday evening, after a day of committee hearings and a Senate floor session.

Fedor said she won’t come back to the Capitol or send her staff back until there’s an agreed-upon protocol of how to handle infections at the statehouse.

If lawmakers are going to tout their refusal to wear a masks, and leadership is “hiding behind HIPPA rules,” she said she won’t return to Columbus.

“This no mask wearing as a political statement leads me to believe we have a toxic work environment,” she said.

Maharath said people need to make their own decisions, but they need the right information to do so.

“If you want to risk your life over that, go ahead, but we provided you the notification,” she said.

In a statement, Fortney said commenting on the private medical information of an employee risks violating medical privacy laws. He said the Senate will continue to follow all ODH recommendations, but did not answer follow-up questions, including one about members’ decisions not to wear face coverings.

William Miller, an infectious disease expert and epidemiologist with the Ohio State University, has said there are differences between wanton disclosures of private medical information, and disclosures in the public interest.

“If I have a cancer, there’s no reason for my doctor to ever tell someone else,” Miller said. “But if I have certain infectious diseases, particularly those that have severe consequences, then if the public health agency can’t have that information, you’re putting many other people at risk.”

“It’s a circumstance where the risk to the population outweighs the potential harm in terms of the privacy aspect.”

Fedor noted the infected employee was asymptomatic and went in for testing on a whim. If this person hadn’t, he or she would have been “shedding and spreading” coronavirus around the building.