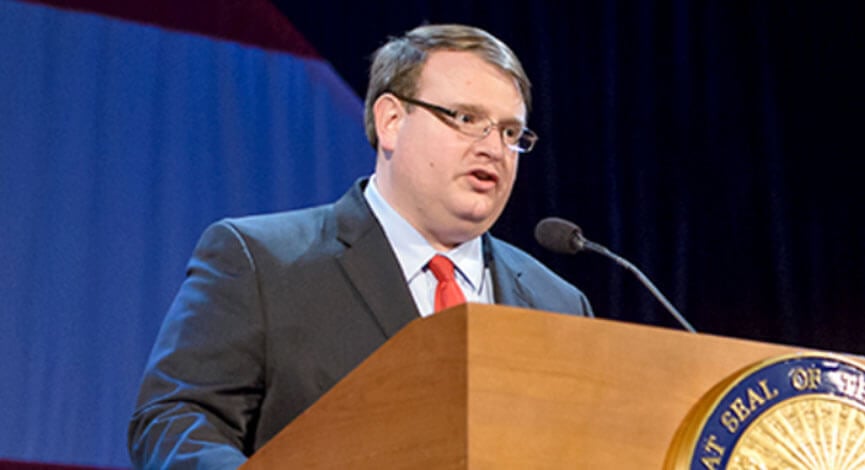 Technically speaking, a group of 11 Ohioans may not be able to gather next weekend for an Independence Day barbecue under the state’s public health order, issued to slow down COVID-19 in the state.

But Senate President Larry Obhof, R-Medina, thinks Ohio is ready for a much larger gathering: a Donald Trump campaign rally, which could pack 20,000 supporters, shoulder-to-shoulder, in an arena.

After Trump appeared at a rally in Tulsa — his first on the presidential campaign trail since March — Obhof floated his support for a Trump rally in Ohio.

This sounds like a great idea. @realDonaldTrump would be well received by Ohio voters and we would love to host him here. #MAGA2020 https://t.co/tIJ9bwpf5S

Health experts have warned against holding any mass gatherings, which they say could lead to a spread of the virus. New cases have surged in Ohio for more than a week now, in the wake of a newly reopened economy and massive protests on streets around the state.

“I think we’ve seen rallies outdoors, and protests and a number of other things throughout the last month, and frankly, at the Statehouse throughout the last three months,” Obhof said to reporters Wednesday, appearing to refer to the recent protests. “That would suggest to me there are ways you can manage these things safely.”

Obhof reiterated he “would absolutely attend” a Trump rally if one were held in Ohio, either indoor or outdoor.

“I would have no concerns about that,” Obhof said, having not worn a mask during the Senate session or during the discussion with reporters.

Trump had sought to fill the BOK Center in Tulsa, with a capacity of just over 19,000 seats. Perhaps owing to COVID-19 fears even among his skeptical base, the rally garnered approximately 6,200 supporters, CNN reported.

Though the Trump campaign offered masks for attendees, many inside the arena did not wear one. In Ohio, masks are not required for the general public in patronizing businesses, and there is no indication they would be required should a political rally be held here.

The current health order barring mass gatherings in Ohio is in effect through July 1. It states: “Any gathering of more than 10 people is prohibited unless exempted by this Order.” Exceptions include religious ceremonies and “First Amendment protected speech,” which would include political rallies and has thus allowed public demonstrations as have taken place in recent weeks.

Dr. Amy Acton, who has signed the various health orders as director of the Ohio Department of Health, stepped down from that role and is only serving in an advisory capacity going forward. It is unclear if her interim replacement, Lance Himes, intends to extend that order beyond July 1.

Gov. Mike DeWine has made clear he opposes holding a mass public gathering in the upcoming months. Earlier in June, the governor was recently asked about the Pro Football Hall of Fame’s initial plan of bringing 20,000 fans to Canton this August for the annual induction ceremony and an NFL pre-season game.

DeWine answered it would be unsafe to have a gathering that large so soon. Canton officials agreed, and on Thursday the Hall of Fame announced those events would be postponed.