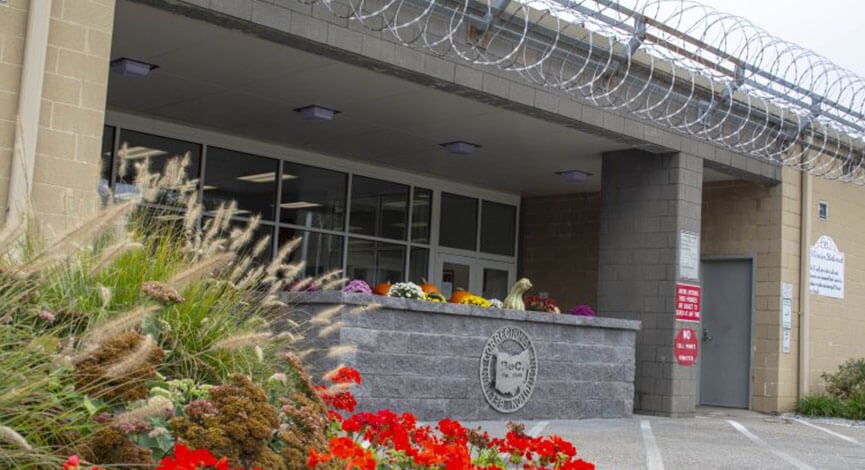 The state prisons chief Tuesday walked back an apocryphal claim she has repeated that 96% of the thousands of COVID-19 cases at two prisons came from asymptomatic inmates.

While the data are fluid on such a new disease, the CDC’s “best estimate” for modelers and public health officials is that about 35% of COVID-19 infections yield asymptomatic cases.

If the claim about infected inmates at Marion and Pickaway prisons were true, it would mean just 144 of the 3,600 infected men suffered any symptoms of the respiratory disease. The new coronavirus has killed more than 116,000 Americans since it was first detected in December.

At least 49 inmates from the two state prisons have died of COVID-19 since the disease was detected inside in late March, per state data.

Department of Rehabilitation and Correction (DRC) Director Annette Chambers-Smith first made the claim that 96% of inmate cases were asymptomatic to Reuters in an April 25 report. She would go on to repeat it at a May 18 press conference with Gov. Mike DeWine and in an interview with The Ohio Capital Journal.

DeWine said 96% of infected inmates “who tested positive for COVID-19 were asymptomatic” in an April 30 news release.

On Tuesday, DRC spokeswoman JoEllen Smith, said the data referred to people who were asymptomatic when testing was conducted, but may have gone on to develop symptoms.

Chambers-Smith said some of these inmates were actually “pre-symptomatic” not asymptomatic — meaning they contracted COVID-19 but had not yet begun to show symptoms.

Smith also emphasized to “please also keep in mind that our data collection was not a scientific study,” though she disputed any notion that DRC is “walking back” its claim.

The department has not released underlying data regarding asymptomatic cases in its facilities. Similarly, it has brushed aside requests for data on cumulative hospitalizations of inmates due to COVID-19, which could be used as an indicator to gauge severity of the outbreaks.

Marion and Pickaway prisons housed two of the largest known coronavirus outbreaks in the U.S., according to a database from The New York Times.

Other CDC research published Monday analyzing 613,000 COVID-19 cases from Jan. 22 to May 30 found asymptomatic cases comprised about 4% of all cases reported to the CDC. However, the authors noted asymptomatic cases are not captured well in case surveillance, given they’re unlikely to seek testing on their own.

Overplaying the prevalence of asymptomatic cases could ease pressure on a state penal system that has been virtually overrun by the new coronavirus and unwilling to decarcerate prisons, according to Meghan Novisky, a professor at Cleveland State University who has worked with the University of Cincinnati’s Corrections Institute as a programming consultant and trainer.

More than 4,900 inmates and 745 workers have contracted COVID-19. At least 83 inmates and 5 workers have died from COVID-19, per state data. The caseload is surely an underestimate, given ODRC opted against mass testing at state prisons after detecting the severity of spread at Marion and Pickaway.

Chambers-Smith said in a May 18 interview that within prisons facing outbreaks, medics or health care staff follow CDC guidelines and check for fevers and other COVID-19 symptoms daily, sometimes twice a day.

“It boils down to temperatures, and then going through the entire screening set, and observing the inmate while you’re doing it,” she said. “I might say I’m not short of breath, but when I’m talking to you and taking your temperature, I could notice whether you are or not. So the clinicians document whether they do or don’t have symptoms after that screening.”

It’s unclear why the data Chambers-Smith presented would not be updated to reflect the cases thought to be “asymptomatic” that would turn out to be “presymptomatic.”

Dan Tierney, a spokesman for DeWine, said there’s a gap between the “colloquial meaning” of asymptomatic versus the “clinical definition” Chambers-Smith used.

He said Chambers-Smith’s statement referred to the presence of symptoms of inmates on the day they were tested in April, not as the disease progressed in their bodies.

Dr. Michael Para, an infectious disease specialist from the Ohio State University College of Medicine, said to understand Chambers-Smith’s claim, you need to understand how the OSU doctors who conducted testing did so, and what they asked inmates.

“They were not thinking anyone was infected, and were doing it outside in the cold and had to do a couple thousand to test,” he said in an email. “So the statement that they were asymptomatic … might be based on little data and just impressions of the docs doing the testing.”

Novisky, who has offered expertise in support of the ACLU of Ohio’s legal efforts to decarcerate jails, said the DRC claim doesn’t make sense on its face, citing a public health consensus that inmates are especially vulnerable to the coronavirus.

“Prisoners, as a group, tend to be a less healthy population which increases their vulnerability to something like COVID-19,” she said. “So I’m skeptical that the prison population is somehow doing better than the general population.”