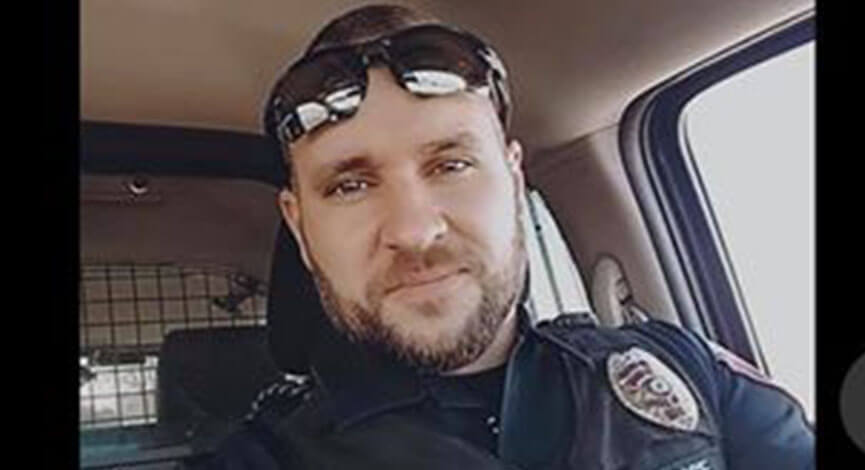 ROSSFORD, Ohio — A Northwest Ohio police officer has been placed on administrative leave and is under investigation for allegedly misusing a database system to collect information about a woman he passed on his way to work.

Rossford Mayor Neil MacKinnon III confirmed Tuesday that Officer Glenn Goss Jr. of the Rossford Police Department is under investigation by the Ohio Bureau of Criminal Investigation for alleged misconduct.

Additionally, it was reported by the Toledo Blade that the officer has resigned from his position as of Tuesday afternoon.

Emily Hackler posted screenshots Monday of a Facebook Messenger conversation started by the officer in which he attempted to flirt with her.

“So some creep decided to follow me on my way home from Planet Fitness. Turns out he works for the Rossford Police Department and used my plate number to figure out who I was, to message me personally and tell me how hot I was. Can you say HARASSMENT,” Hackler wrote in the post on Facebook.

The screenshots show the officer messaged Hackler initially, saying “had fun racing you on Crossroads and 795 earlier.”

Hackler then replied “who even are you?”, to which the officer replied with a selfie photo and stated he was driving a black Ford F-150.

“I was on my way to shift and you were flying,” Goss Jr. wrote.

After over an hour without a response from Hackler, Goss Jr. wrote “I apologize for the randomness haha. I just wanted to give you a hard time quick about racing and say you’re a hottie.”

Hackler responded “so how’d you even know who I was lol,” to which Officer Goss Jr. said “I figured it out after I got on shift… Plate #”

“Wait are you not a fan of police? Haha,” Goss Jr. wrote. “I’m teasing haha. I didn’t mean to come off unprofessional.”

Hackler then replied to Goss Jr. and said she’s “not a fan of stalking and harassment.”

“You had no business looking my information up while not even on the job, meanwhile messaging me on my personal account which you got from my information that I did not willingly give you.”

The state of Ohio is now investigating the matter.

Hackler’s post has been shared more than 24,000 times and has nearly 5,000 comments as of Tuesday afternoon.