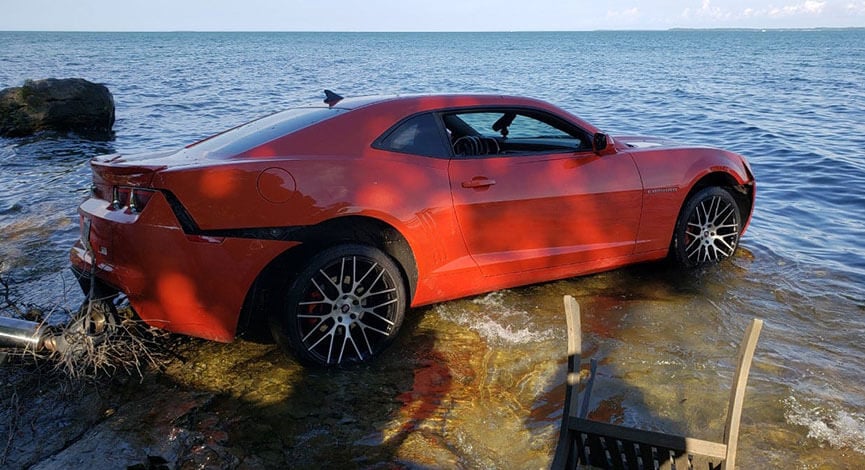 PUT-IN-BAY, Ohio — An NFL player was arrested Saturday evening and charged with operating a vehicle under the influence (OVI) after Put-in-Bay police received a call stating that someone had driven a car into Lake Erie.

Jeremiah Braswell, a wide receiver for the Arizona Cardinals, was found in the driver’s seat of an orange Chevrolet Camaro that had driven off the embankment near 212 Conland Road and come to a rest in the lake.

Police say Braswell was trying to drive forward when they discovered him.

In a news release, police say Braswell told officers he “was stuck” and didn’t know how his car ended up in the water.

As officers spoke with Braswell, they say they noticed his speech was slurred.

Police said witnesses reported seeing the orange car driving at a high rate of speed when it left the roadway and traveled along a grassy area into the water.

No other passengers were in the car and no bystanders were injured.

Braswell, originally of Toledo, submitted to a field sobriety test and a portable breath test, after which, he was placed under arrest.