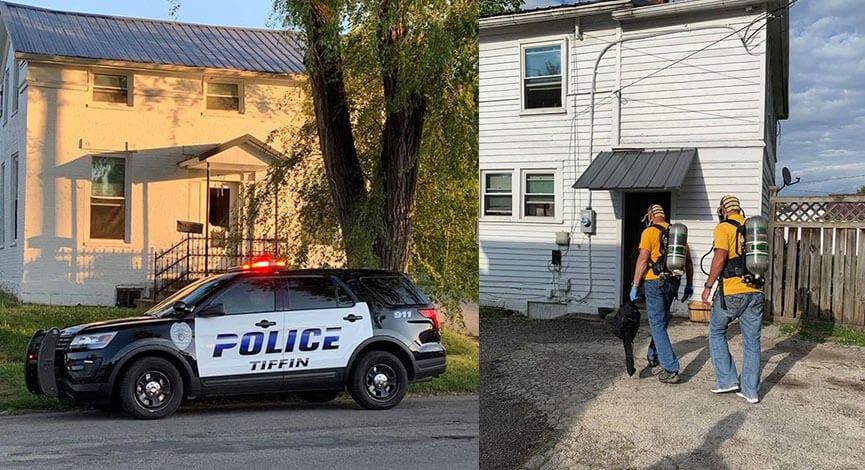 The Seneca County METRICH Drug Task Force, along with officers from the Tiffin Police Department, Fremont Police Department, and the Ohio Bureau of Criminal Investigation Narcotics Division, executed a search warrant on the residence located at 229 W. Market St.

Police said charges of trafficking LSD, permitting drug abuse, possession of psilocybin mushrooms, possession of marijauna, possession of ketamine, drug abuse and possession of criminal tools are all pending on Andrews and other individuals upon the conclusion of the investigation and the return of lab analysis results.

“The Tiffin Police Department and the Task Force were receiving complaints of suspected drug trafficking and drug abuse going on inside the residence, which initiated the investigation on the suspect residing at the residence,” Tiffin Police Chief Fred Stevens said in a statement. “And several weeks ago, our agency dealt with a subject who jumped out a window and sustained injuries while suspected being under the influence of LSD. These hallucinogenic drugs are illegal for a reason and our zero-tolerance will always be the same. I would like to thank the citizens who assisted with their tips and we appreciate the many tips we get on locations throughout the entire city.”