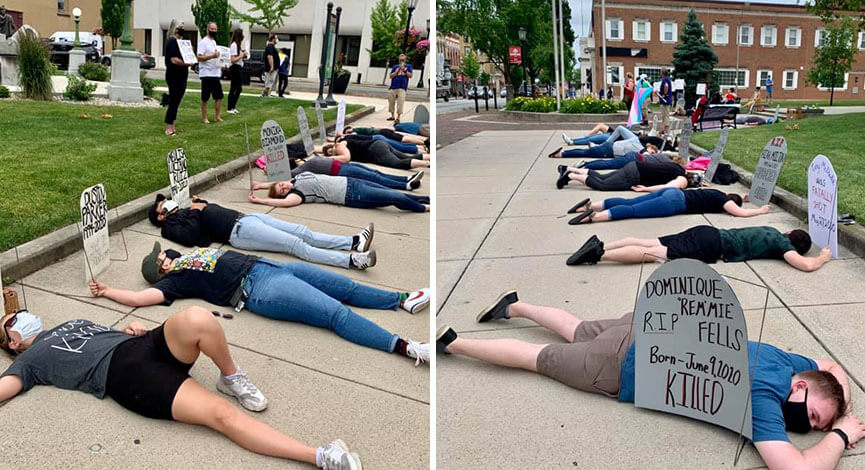 The demonstration was organized by Seneca Proud to symbolize the at least 17 transgender people who were murdered this year to date.

“This action is necessary because since 2013, we’ve seen 147 transgender people murdered, most of which were trans women of color,” Brian Young, co-founder of Seneca Proud, said in a statement. “Violence against the trans community is rising, which contributes to the grim statistic that a black trans woman’s life expectancy is just 35 years. We believe trans people deserve better and that Black trans lives matter.”

This was the group’s final event planned for June, which has been designated as Pride Month locally by Tiffin Mayor Aaron Montz.

The month was kicked off with Montz issuing a proclamation declaring Pride Month locally for the second year. Following that, Seneca Proud hosted a Pride Caravan event which traveled around town. Then the group stood in solidarity on Juneteenth to support the Black Lives Matter movement. Finally, Seneca Proud created “Paint the Town” inclusive signs for community members who were willing to put the signs up in their yards or windows.

“Though those events were small and limited due to current health and safety restrictions, Seneca Proud found creative ways to make a positive impact on the Tiffin community,” Young said.