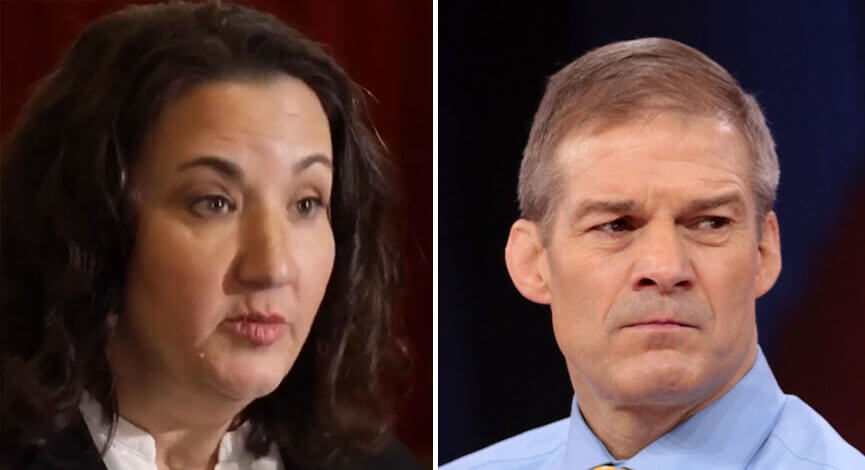 The legislation, drafted by Democrats including members of the Congressional Black Caucus, aims to combat police misconduct, excessive force, and racial bias in policing.

“I am very proud to be part of a party that understands the importance of not only holding the police accountable, but also holding ourselves accountable,” Freshour wrote in a post to her campaign Facebook page.

“As a Congressional candidate and an ally of the movement to stop police brutality and systemic racism, it shocks me that Republican Congressman, Jim Jordan, still refuses to admit that we have a problem with these issues in the African American community,” Freshour wrote. “He continues to show that he is extremely dismissive of the Black Lives Matter movement and of police accountability by voting against this groundbreaking legislation.”

“It completely frustrates me, as well as most Ohioians, that one of our elected officials does not feel that police brutality and systemic racism is a problem in America,” she continued.

Freshour won a three-way Democratic primary to face off against Jordan for Ohio’s 4th congressional district seat in the fall.

Jordan, the top Republican on the House Judiciary Committee and one of President Donald Trump’s most ardent defenders, said “not one single Republican was consulted” in the crafting of the bill.

The legislation, which would ban chokeholds and no-knock warrants, limit officers’ immunity from prosecution, and establish a national database of police misconduct, was ultimately approved by the committee along party lines, with all Republicans voting in opposition, and sent to the full House floor.