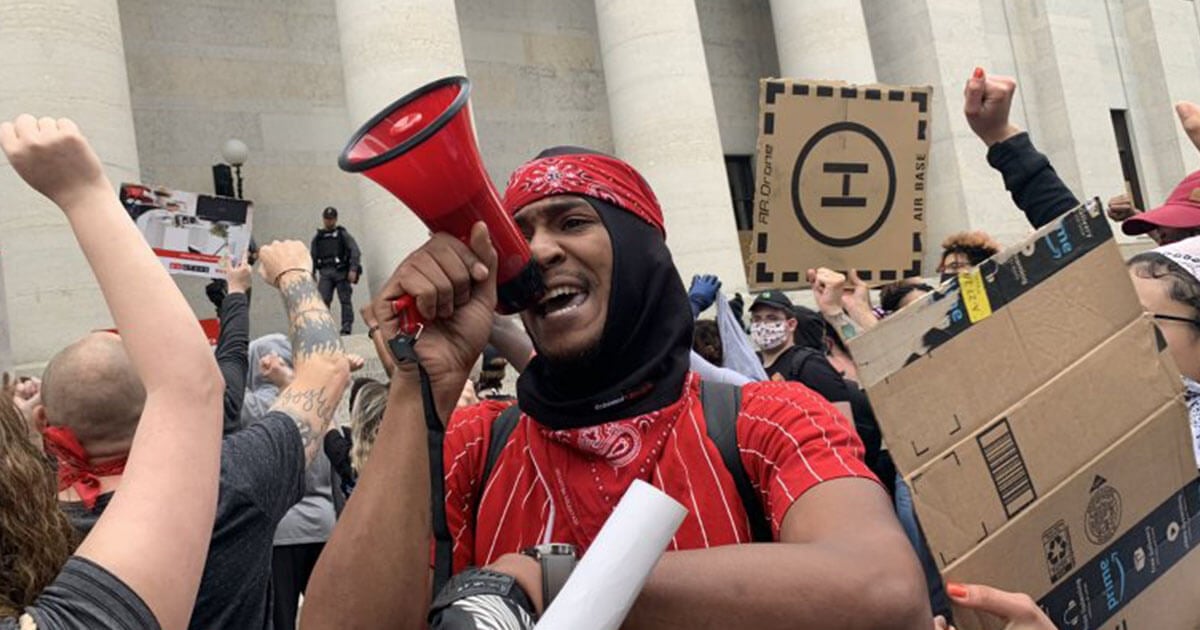 Protest at the Ohio Statehouse. Photo by Jake Zuckerman.
ShareTweet

As he deals with the twin challenges of civil unrest and a global pandemic, Ohio Gov. Mike DeWine spoke passionately Tuesday about the need to address racial, economic and health disparities in Ohio.

But while he listed a number of initiatives aimed at alleviating endemic problems in the black neighborhoods of Ohio cities and along the rural stretches of Appalachia, not all of the governor’s recent actions seem geared toward the welfare of minorities and the poor.

Speaking to reporters, DeWine said he appreciated that people are turning out in the streets to express legitimate frustration. He noted that “Too many Ohioans are still living at the margins,” and that he wants to address “structural elements of inequality.”

Among the ills he wants to address are lead-based paint in the homes of the poor and higher infant mortality among minority women. The governor added that he wants more police training on implicit bias and de-escalation of heated encounters with the public.

Throughout the coronavirus pandemic, the governor has spoken eloquently about the special challenges faced by the poor, who are more likely to be infected with the virus and more likely to have the underlying conditions that can make it deadly. But those words haven’t always been followed with action.

For example, minorities are more likely to work in low-paid jobs where they face the public and they’re most at risk of catching coronavirus. Experts say wearing most masks can help keep an infected person from spreading the disease, but there’s not much evidence that they protect you from catching it.

DeWine on April 27 announced that everybody working and shopping in Ohio stores must wear masks.

But a day later, he said only workers must wear masks, leaving them vulnerable to unmasked patrons. He did so urging customers to voluntarily wear masks to protect “the folks who are stocking shelves in grocery stores.”

On April 29 as he announced steps to reopen Ohio businesses, the governor said he was worried about low-income Ohioans with health challenges who had to decide whether to go back to service jobs and risk getting sick or stay home and lose their unemployment benefits.

But when he was asked again on May 8 about the dilemma faced by those people, DeWine only said that he hoped they could work something out with their employers if they didn’t feel safe going back to work.

Also, DeWine was noncommittal last month when asked if he supported a call from the National Governors Association for more federal funding for Medicaid, the health program for the poor. The program already covers 25% of Ohioans and enrollment is growing rapidly as coronavirus ravages the state’s economy.

And his office didn’t respond last month when asked whether he supports President Donald Trump’s effort to undermine and overturn the Affordable Care Act. The law expanded access to Medicaid for millions ofv poor Ohians and subsidies on its insurance exchanges are available to many more — especially as they lose jobs and health insurance, experts say.