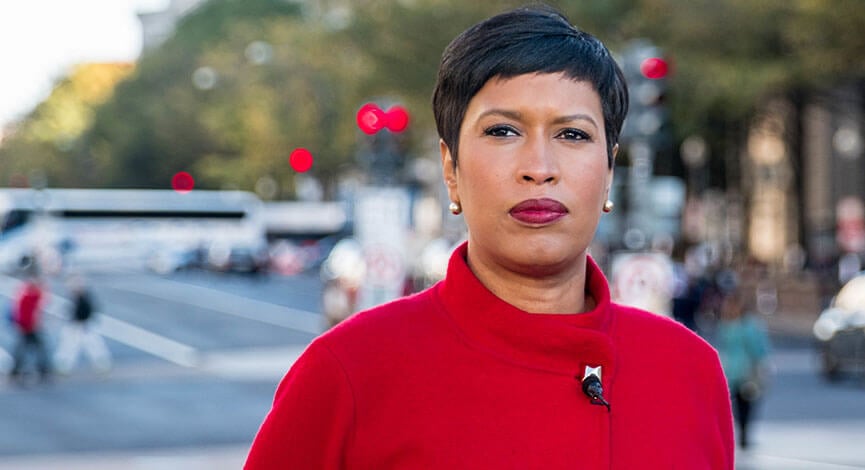 “The Ohio National Guard is one of the forces that were brought to the District of Columbia without my knowledge and not at my request,” Bowser wrote in a letter to DeWine dated Friday, June 5.

Bowser has sent similar letters to other governors around the country who have sent National Guardsmen to D.C., requesting the “removal of all extraordinary federal law enforcement and military presence from Washington, DC immediately.”

Ohio @GovMikeDeWine: I request that the Ohio National Guard be removed from the District. Without my knowledge and request, they were brought to our streets.

While I appreciate your service, we ask that you respect the right to self-governance of 705,000 tax-paying Americans. pic.twitter.com/7MAn0P81pG

“I commend the guardsmen and women from Ohio for rapidly mobilizing to answer the President’s request. However, as we have increasingly seen in recent days their presence in unnecessary and may be counterproductive to ensuring the protests remain peaceful,” Bowser wrote.

In a letter to President Trump, Bowser said she is concerned about the presence of unidentified federal personnel patrolling the streets of the nation’s capital, which she says poses both safety and national security risks.

I request that @realDonaldTrump withdraw all extraordinary federal law enforcement and military presence from our city. pic.twitter.com/AvaJfQ0mxP

“The deployment of federal law enforcement personnel and equipment are inflaming demonstrators and adding to the grievances of those who, by and large, are peacefully protesting for change and for reforms to the racist and broken systems that are killing Black Americans,” Bowser wrote.

The “unidentified federal personnel,” as Bowser describes them, lack identifying insignia and refused to answer questions regarding which agency they serve under.

“When citizens are unable to clearly identify legitimate law enforcement officers, it creates unnecessary risks for both protesters and officers,” Bowser wrote in the letter to Trump.

On Friday, DeWine announced that an Ohio National Guardsman was removed from the mission in Washington D.C. after the Federal Bureau of Investigation uncovered the guardsman expressed white supremacist ideologies.