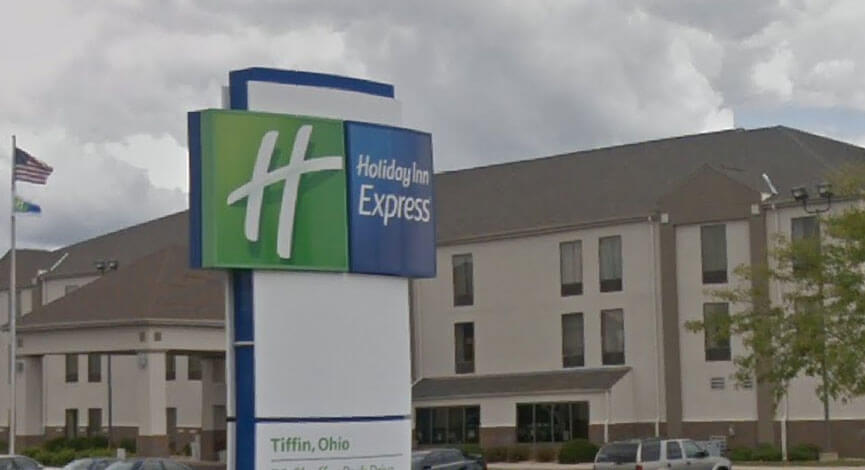 TIFFIN — The Tiffin Police Department and METRICH Seneca County Drug Task Force, along with agents from the Ohio Bureau of Criminal Investigation’s Clandestine Lab Unit, conducted a search on a room at Holiday Inn Express and seized drugs following an alleged overdose Monday.

Authorities responded to the hotel at 78 Shaffer Park Drive for an alleged overdose in the parking lot.

Upon investigating the alleged overdose, authorities discovered the drugs were coming from a room located at the establishment which was being occupied by 25-year-old Jacob Woodruff, of Fostoria.

Authorities investigated further and conducted a search of Woodruff’s room at the hotel where they seized suspected heroin, fentanyl, drug paraphernalia, criminal tools and U.S. currency.

30-year-old Crystal M. Cook, of Tiffin, was also involved in the investigation and was arrested for a failure to appear warrant out of Tiffin-Fostoria Municipal Court.

“The suspect recently began staying in our city and the immediate response by all of our agencies was instrumental to the success of this investigation. It certainly sends a strong message to those who choose to come into our community and try to peddle their drugs, that it will not be tolerated in this community,” Tiffin Police Chief Fred Stevens said.