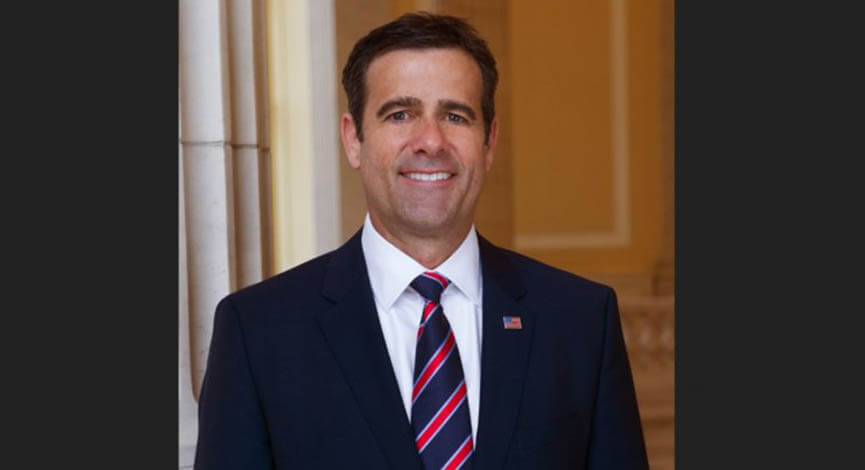 WASHINGTON — Last summer, Texas Republican Rep. John Ratcliffe withdrew himself from consideration to be the national intelligence director, just days after President Donald Trump nominated him for the job.

Key Senate Republicans appeared reluctant to fully embrace the nominee — who has a reputation as a conservative firebrand in the U.S. House — and Ratcliffe faced accusations that he embellished his resume from his time as a federal prosecutor.

The Texas Republican now appears poised to get the job, despite concerns from his Democratic critics that he won’t sufficiently combat the politicization of national security issues, or stand up for whistleblowers and other officials in the agencies he oversees. Trump said last July that Ratcliffe could “rein in” intelligence agencies that “have run amok.”

Ratcliffe attempted to carefully distance himself from that and some of Trump’s other controversial statements as he testified Tuesday in unusual circumstances on Capitol Hill as lawmakers returned during the COVID-19 pandemic.

Several Republicans on the Senate Intelligence Committee, including the panel’s chairman — Sen. Richard Burr of North Carolina — lauded the congressman and suggested they were prepared to act swiftly to confirm him to the intelligence post.

“I look forward to advancing your nomination rapidly and to voting in favor of your confirmation in the full Senate,” Burr said at the close of the hearing, noting that he planned to hold a committee vote “soon” on the nominee.

He and other GOP senators appeared satisfied with Ratcliffe’s pledges to keep politics out of the job and to push back against the president if he disagrees with Trump.

Sen. Marco Rubio (R-Fla.) said he “enthusiastically” supports the nomination. Sen. Susan Collins (R-Maine) told the New York Times in a statement that Ratcliffe “does have the experience to meet the statutory standard to fill the position.”

Democrats on the panel, however, stressed that the grievances they aired about Ratcliffe’s nomination last summer haven’t subsided.

“I don’t see what has changed since last summer, when the president decided not to proceed with your nomination over concerns about your inexperience, partisanship and past statements that seemed to embellish your record,” Sen. Mark Warner (D-Va.), the committee’s top Democrat, told Ratcliffe.

Warner and other Democrats pressed Ratcliffe on assertions about a “deep state” within the intelligence community, referring to a conspiracy theory that federal bureaucrats are working to undermine the Trump administration.

“Have you made any statements saying that you believe or implying that the intelligence community is somehow acting inappropriately to target the president?” Warner asked him. Ratcliffe replied that he had not.

Asked by Warner about how accusations of a “deep state” impact intelligence officials, Ratcliffe said that the criticisms he has heard from the president are “not intelligence community writ large, it’s specific individuals, pointing to for instance misuse of intelligence authorities by certain individuals.”

Ratcliffe said that “underscores the point that the relationship isn’t what it should be across the board between the intelligence community, the president and Congress and its oversight committees.” He said he’d like to try to strengthen those relationships if confirmed.

Rep. Martin Heinrich (D-N.M.) told Ratcliffe that Trump has “repeatedly and without any basis, in my view, accused the hard-working men and women of the [intelligence community] of working to undermine his administration.

Asked whether he believes there is a “deep state” in the intelligence community, Ratcliffe replied, “I don’t know what that is.”

The Maine senator pointed to Trump’s recent claim that he has seen evidence that gives him a “high degree of confidence” that the novel coronavirus originated in a laboratory in Wuhan, China. Trump’s assertion contradicted a statement from his own intelligence community, CNN reported.

“The president apparently has been pressing the intelligence community to find what he wants them to find. The question should be, ‘Where did the virus come from?’ Not, ‘Don’t you think it came from a lab?’” King said. “I think this is a critical issue, particularly with a president who is so strong-willed and has indicated in the past a strong desire to press the intelligence community to tell him what he wants to hear.”