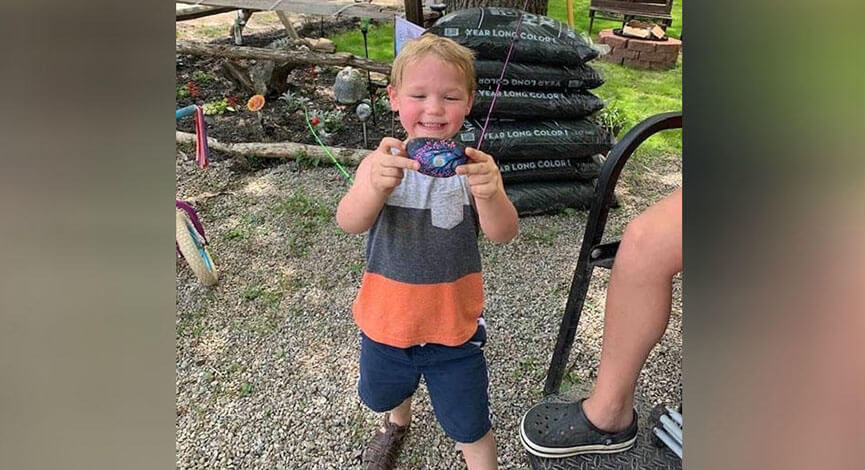 This is a developing story. Stay tuned for updates.

A search is underway for a missing 5-year-old boy who reportedly disappeared from an Ohio campground Monday evening.

According to the Adams County Sheriff’s Office, Cameron Walters was reported missing around 5:15 p.m. at the Mineral Springs Campground near Peebles.

Teams have been searching the area including in the water around the campground, the sheriff’s office said.

He was not wearing a shirt at the time he disappeared and was wearing dark cargo shorts.