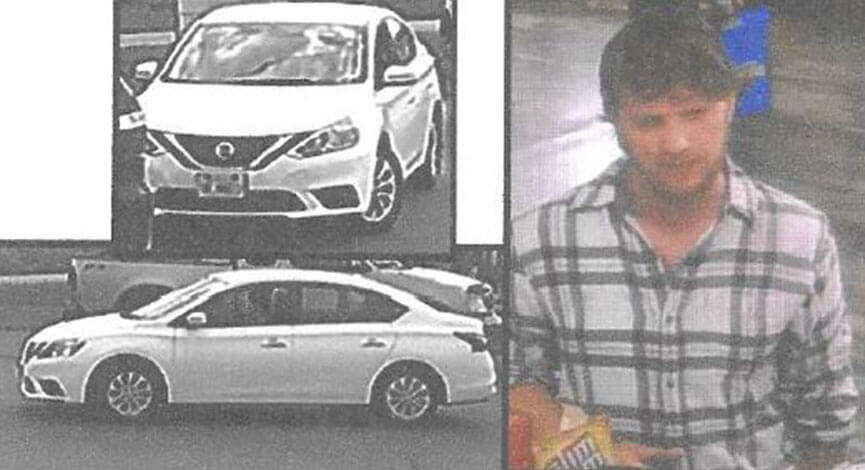 Authorities have released an image of a man sought in connection with the disappearance of 18-year-old Madison Bell.

Federal officials are now joining the effort to find the missing teen, who disappeared after heading to a tanning salon.

18-year-old Madison “Maddy” Bell left her home in Greenfield, Ohio to go tanning @ the Country Corner Market today @ 10AM; she never showed up for her appointment & hasn’t been heard from since. Madison’s car was found abandoned in the Good Shepherd Church parking lot; her pic.twitter.com/TW8CUwIr6I

Investigators are looking for a white car (pictured in the tweet below) that was seen entering and exiting the church parking lot on Sunday morning.

This just in from investigators. THIS is the white car they’re looking for in connection w disappearance of Madison Bell. It MAY have Cali license plates.
There’s a photo circulating of another white car where you see Cali plates. Sheriff says that car is NOT tied to this. @wlwt pic.twitter.com/cIYzvJuEDz

In addition to the church employee, other witnesses said they also saw the car and reported seeing a male in his late 20s to early 30s with light hair.