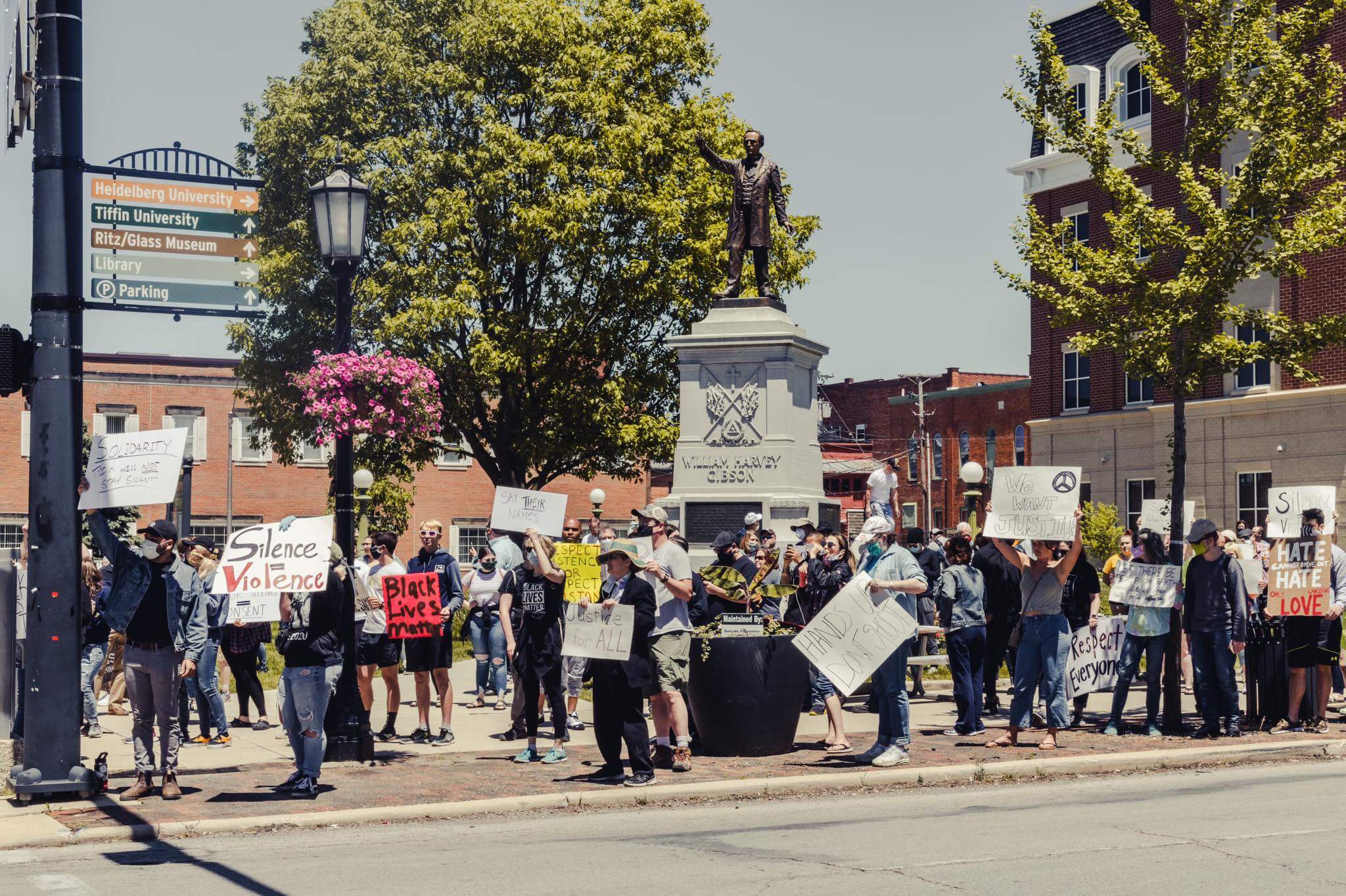 Dozens of people converged on the Seneca County Joint Justice Center lawn Sunday afternoon to protest amid national outcry after the death of George Floyd, an unarmed black man who died while in police custody in Minnesota.

Starting at 1 p.m., dozens of demonstrators held signs and participated in chants such as “I Can’t Breathe,” “Silence is Violence,” “Black Lives Matter,” and “Hands Up, Don’t Shoot” on the lawn of the Seneca County Joint Justice Center.

The protest was one of many in cities coast to coast. View some photos of the event, courtesy of Laura’s Lenses LLC, below: