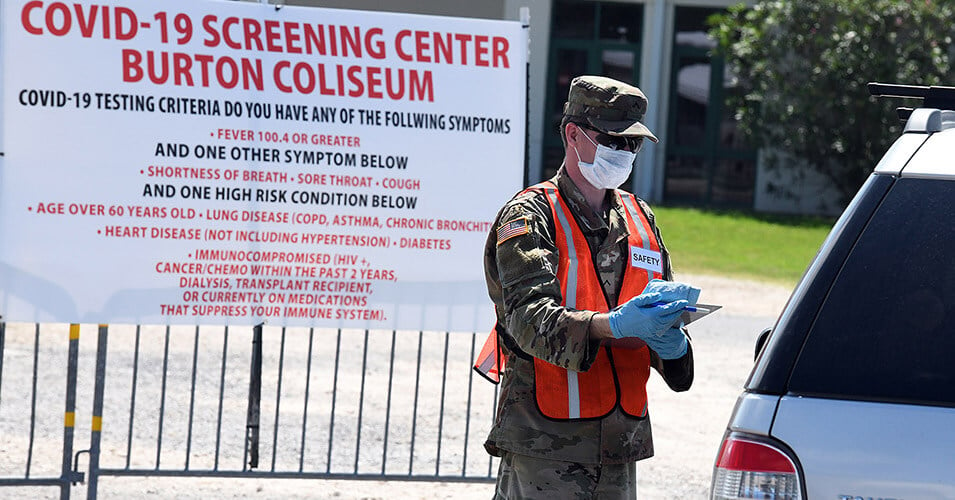 Ohio leaders on Monday announced plans to quickly scale up coronavirus testing as the state allows a phased reopening of businesses. But even though a draft White House report predicts that the U.S. daily deaths from the disease will rise dramatically during the reopening, the Ohio plan offers few details for workers and employers who want to be tested to ensure they’re safe.

As the reopening began last week, Gov. Mike DeWine said he and his cabinet on Monday would lay out their strategy to triple testing in the Buckeye State by the end of the month.

Such testing is considered essential as restrictions are eased. It can identify coronavirus hot spots as they emerge and ensure the most badly affected populations get the services they need.

Yet what the DeWine administration unveiled on Monday was a list prioritizing who would get tested as more would become available. Ohio Department of Health Director Amy Acton explained that the state still would not have the capacity it would need to allow broader testing.

Getting top priority are people with coronavirus symptoms such as hospitalized patients and health care workers.

Getting third priority are people — regardless of symptoms — undergoing surgery or outpatient procedures.

The scheme, however, doesn’t speak to most people deciding whether to return to work.

“We are not doing specifically testing in businesses at this point,” Amy Acton, director of the Ohio Department of Health, said on Tuesday. “However, if a local health department comes across a cluster outbreak, they may choose to use some of their limited testing to figure out if a business in a way… can become like the meatpacking industry… can become a congregate setting.”

AnnaMarie Cua doesn’t want to become part of a cluster. The owner of the Beauty Box salon in Old Town East said she’s concerned about her own and her employees’ safety when she reopens. DeWine on Tuesday said he’d have news on Thursday about when such businesses, along with bars and restaurants, will be allowed to reopen.

Of concern to small businesses is who will pay for such tests. The Capital Journal reviewed a bill for an April 24 coronavirus test performed by a Southwest Ohio hospital system. With discounts, it cost $1,983 — an expense that already-struggling small businesses are unlikely to be able to shoulder.

“Free testing would be awesome, especially since when we do go back to work, we have to go beyond the six-feet distancing” guideline,” Cua said, describing how closely she must work to her clients. “You can’t do that.”

She said the apparent lack of such testing and a lack of instruction on safe practices have her on the fence about whether to reopen — even after the state gives the go-ahead.

In terms of who will pay, Acton said insurance companies could reimburse for private testing, while those done by the department of health will be free.

Ohio pharmacists have expressed an interest in performing COVID-19 tests, but say they need a mechanism to be reimbursed for the service. Ohio enacted a law in January 2019 that would allow insurers to pay pharmacists as medical providers, but the Ohio Department of Medicaid so far hasn’t created a provider code under which pharmacists can bill insurers.

As American governors ease restrictions, the New York Times on Monday reported that the Federal Emergency Management Agency has pulled together modelling indicating that coronavirus deaths will increase to 3,000 a day by June 1 — a 70% increase from where they are now.

“That certainly is concerning and I think anyone would be concerned about that,” DeWine said of the numbers. “It does emphasize the importance of testing.”

In a related matter, two Ohio groups are calling on the governor to issue an order so that Ohioans particularly at risk from the coronavirus don’t have to choose between returning to work or losing unemployment insurance as businesses reopen.

“Including good cause exemptions for situations related to COVID-19 by executive order will give working people a fair chance of protecting their health and protecting their income,” said the letter, written by the Ohio Poverty Law Center and Policy Matters Ohio. “We ask that the state provide specificity and clarity on basic questions of reasonableness and include exemptions for workers who may be particularly susceptible to the virus, such as those provided in the return to work policy issued in Texas.”

Marty Schladen has been a reporter for decades, working in Indiana, Texas and other places before returning to his native Ohio to work at The Columbus Dispatch in 2017. He’s won state and national journalism awards for investigations into utility regulation, public corruption, the environment, prescription drug spending and other matters.