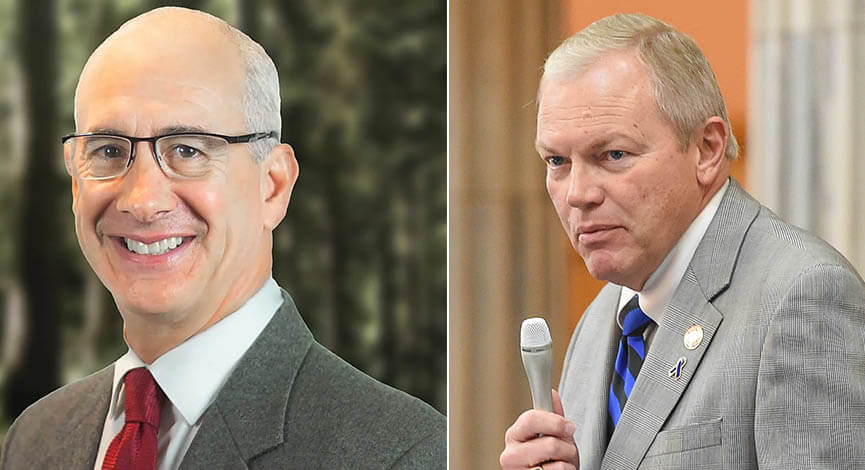 Reineke was one of 58 GOP House members who voted for Senate Bill 1 on Wednesday, which would prohibit orders issued by the Department of Health on or after April 29, 2020 from lasting longer than 14 days. In order for a health order to be extended beyond the 14 days, it would require approval from the House Joint Committee on Agency Rule Review (JCARR).

“Today my opponent voted to put politics over our public health safety. Rather than introduce legislation that would help small businesses and workers directly, Bill Reineke has chosen to spend his time legislating Dr. Amy Acton who was appointed by Governor DeWine,” Swartz said in a post to his campaign Facebook page. “Our communities deserve better than futile & petty political shows. They deserve someone who will listen and fight for them on the issues that matter most.”

Reineke has also been on the receiving end of criticism from constituents in the 88th Ohio House district, which he currently represents.

“Y’all think the clowns in the statehouse, who won’t wear masks cuz they think their faced look like God, know more science than Dr. Acton? Something besides the virus is contagious,” another Facebook user wrote.

Multiple House Republicans, including Reineke, have signed onto a plan calling for the immediate reopening of the state without restrictions such as social distancing or sanitization requirements for the workplace.

Gov. Mike DeWine said in regards to the legislation that creating more uncertainty regarding public health and employee safety is “the last thing we need as we work to restore consumer confidence in Ohio’s economy.”

“My administration is focused on the important things we need to do to help businesses responsibly reopen while protecting Ohioans’ health and safety. This week alone, this included increasing coronavirus testing and tracing, balancing Ohio’s budget, and working on plans to move Ohio’s economy forward. Ohioans need their legislators focused on these important issues. Creating more uncertainty regarding public health and employee safety is the last thing we need as we work to restore consumer confidence in Ohio’s economy,” DeWine said in a statement.

The legislation still requires Senate approval and the governor’s signature. If DeWine were to veto the measure, it would require a legislative override with a three-fifths majority vote in each chamber.