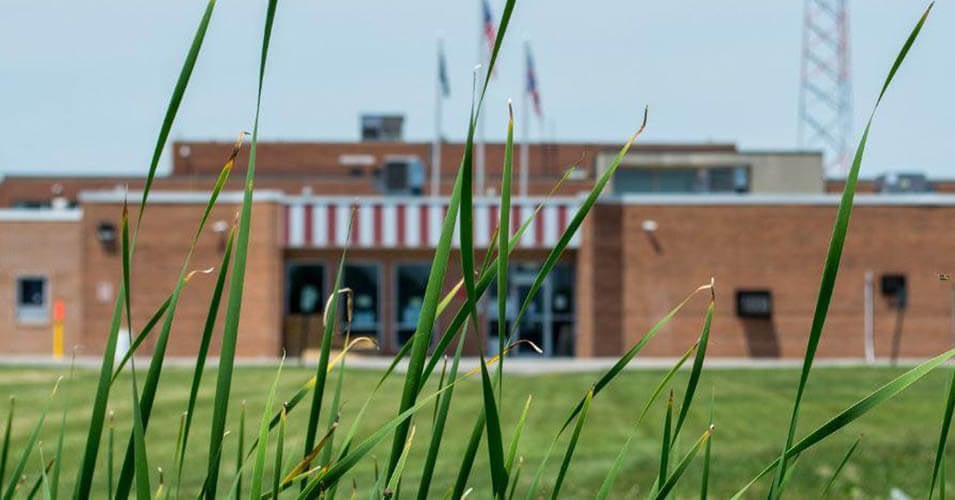 Ohio has decreased its prison population by less than 4% while some institutions have been virtually overrun by COVID-19.

Four prison workers and 63 inmates have died since prison officials first detected the new coronavirus March 29. More than 4,500 inmates have tested positive, though officials believe this to be a massive undercount since they abandoned a mass-testing strategy.

But Ohio Department of Rehabilitation and Corrections Director Annette Chambers-Smith believes she and her team have met the moment.

“I think these people are getting excellent health care, both inside our prisons and inside our hospitals,” she said.

In a phone interview Monday spanning several facets of Ohio’s prisons’ response to the coronavirus, Chambers-Smith defended the department’s handling of the crisis.

The union representing prison workers has sounded alarms about shortages of personal protective equipment for workers. At Belmont Correctional Institution, the local union leader said last week that guards without N95 masks are supervising inmates known to be sick with the respiratory disease. Inmates have echoed similar concerns about PPE shortages and the impossibility of social distancing while incarcerated.

Chambers-Smith, did not respond to the specific allegation, but said ODRC is following guidelines established by the Ohio Department of Health on proper equipment usage. The guidelines call for use of an N95 while supervising sick inmates.

After ODRC shifted its strategy from mass-testing to only testing symptomatic inmates, Gov. Mike DeWine offered a brutal truth: Once the new coronavirus gets into a congregate setting, especially a prison, it’s there to stay.

When officials mass-tested Marion and Pickaway prisons, they detected the virus in more than 80% of inmates inside (researchers have found false negatives occur on about 20% of diagnostic tests). Chambers-Smith said 96% of the positive cases were asymptomatic, underscoring the difficulty of stopping the spread of the disease.

Before COVID-19 became kitchen-table conversation, Ohio prisons were overcrowded, with many housing between 150% to 200% of their design capacity. Given the rampant overcrowding and generally poor hygiene in prisons, the ACLU of Ohio has called for decarceration in the scale of thousands.

When the first Ohioan was diagnosed with the disease, there were 48,727 inmates in ODRC prisons. At last count Wednesday, there were 46,888 (a 3.77% reduction). As The Marion Star first reported, the prison system began accepting new inmates on Monday.

Chambers-Smith said efforts from ODRC and DeWine demonstrate their belief that a pandemic of this magnitude warrants decarceration. They’ve decreased the population, however marginally, through expedited judicial releases and other executive maneuvers.

The guidelines for expedited release are narrow, favoring older inmates sentenced for “non-violent” crimes who meet an extended set of criteria.

“What we’re trying to do is balance public safety and prison safety,” she said. “I’ve also been in front of the media, rightfully being held accountable for people who have been released killing people. The last fellow that did that was not in on any kind of crime that made you think he was going to kill anybody. So you don’t want to make any worse problem.”

As of Tuesday, 69 inmates were hospitalized at the Wexner Medical Center at Ohio State University, a prisons spokeswoman said.

ODRC does not publish hospitalization data. Chambers-Smith said this was due in part to a “security concern,” though she said a media aide could provide a count on request. She questioned the usefulness of the hospitalization metric given how “fluid” it is. She said she would consider publishing the number with the daily releases.

“I’ve never thought about this before, honestly,” she said.

Big questions surrounding the future of Ohio prisons remain. Will the three jails with no reported infections keep the virus at bay? Could prisons become a source of reinfection? How widespread is the virus in compromised facilities that have not undergone mass testing?

Ohio prisons were among the first in the nation to ban visitation, a preventative measure against the virus. They’ve reduced daily meals (officials say they provide the same number of calories over two daily meals) for inmates to reduce congregation times. Officials say all inmates and guards are provided masks.

Chambers-Smith said Monday these steps and others save lives.

“I think we are preventing deaths everyday with the actions we take,” she said.