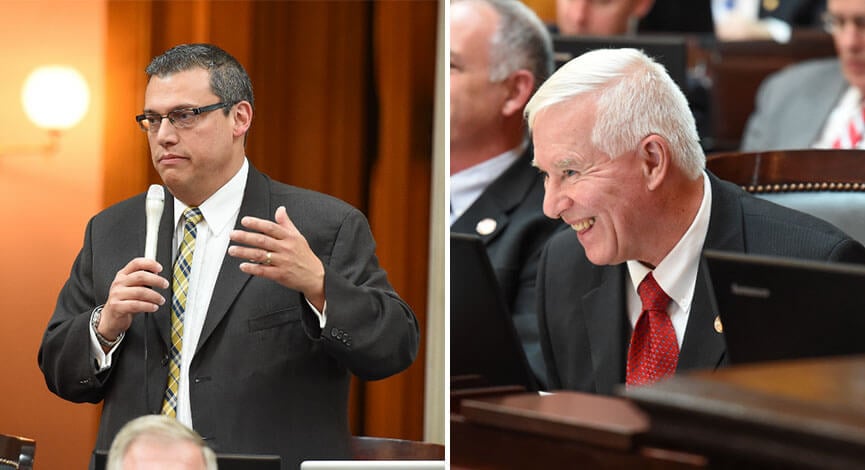 Amid a flurry of other legislative activity, two Republican state representatives introduced a bill this week to repeal prevailing wage in Ohio.

Eight Republicans join them as cosponsors.

Prevailing wage refers to the required wage rate (including benefits) for Ohio laborers who work on publicly-funded projects costing $250,000 or more. The rate of pay varies by location, but exceptions to the requirement are given for those under the $250,000 threshold and those of any amount which involve schools.

Hood and Dean, in their cosponsor request in January, referred to prevailing wage law as being “onerous and archaic.”

“Undoubtedly,” the two wrote in January, “this will help our fiscally constrained local governments save valuable resources.”

Ohio has had prevailing wage for nearly a century and is among 26 states (plus Washington, D.C.) to have its own version of the law.

The Capital Journal previously reported that Hood has a financial interest in eliminating the law. For years, he has worked for the National Right to Work Committee, an organization which seeks to end “compulsory unionism” and prevailing wage. Hood’s financial disclosure forms between 2013 and 2019 report he has earned hundreds of thousands of dollars providing “communications” work for this organization.

This bill reflects Hood’s last opportunity to enact his organization’s policy goals via personally sponsoring legislation to carry them out. He is finishing his fourth term in the Ohio House of Representatives and faces term limits at the end of this year.

A separate bill from Republican Reps. Craig Riedel of Defiance and Susan Manchester of Waynesfield seeks to increase the threshold for prevailing wage to $500,000. Their House Bill 78 held its first committee hearing last December but no further action has been taken.

Riedel had sponsored a similar bill in the previous General Assembly in 2017. It never made it to a vote.

You can read more about Ohio’s prevailing wage here.