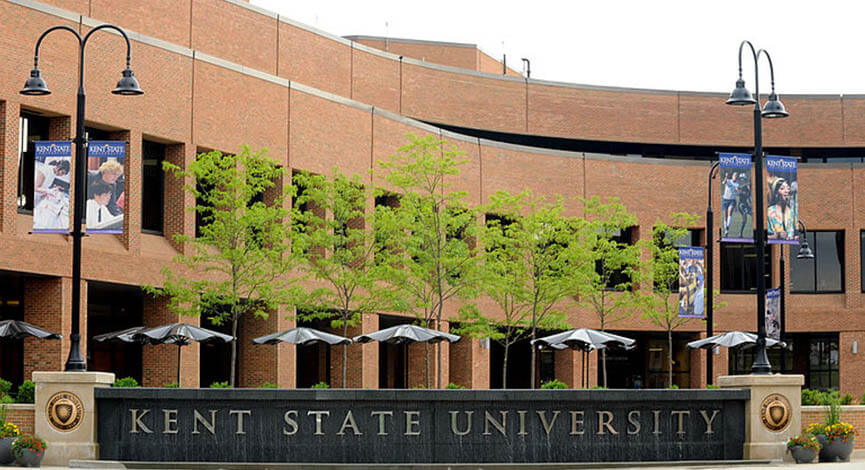 Budget cuts are touching every aspect of education, but those who work in higher education say while the pandemic did have a major impact, systemic changes made to colleges and universities were already causing struggles.

Ohio Gov. Mike DeWine announced 3.8% across the board cuts to the state share of instruction for higher education, amounting to $110 million. This added to the revenue losses caused by tuition refunds and the lack of room-and-board fees since institutions around the state closed campuses amid the coronavirus spread.

Wright State University has said administration will see 20% salary cuts and it is holding off on non-critical capital projects. Kent State is trying to cover a $110 million gap by cutting its entire operating budget by 20%, including salary and wage cuts for anyone making more than $38,000. Layoffs and job eliminations are also planned.

Ohio University has already cut 140 union workers, the president and provost have both said they will take voluntary 15% cuts, and departments are in discussions about what other cuts they will be making.

The discussions began before the pandemic as a multi-million dollar shortfall was predicted, but that shortfall nearly doubled with the coronavirus precautions.

Carly Leatherwood, spokesperson for the university, said “no academic programs have been or will be eliminated at this time” but the university is still focused on efficiency in their services.

“Many of the difficult decisions being made are based on many factors including the availability of work, reduced demand for programs and services and reduced funding available,” Leatherwood told the Ohio Capital Journal.

It’s the concept of universities focusing on supply and demand rather than a rounded education, along with administrative bloat, that some in the higher education community have said is against the values that made higher education different.

“There’s a trend of treating universities as a place that people go to get jobs,” said Dr. Daniel Skinner, assistant professor of health policy at OU’s Heritage College of Osteopathic Medicine in Dublin. “We’re losing that civic model for public universities and just focusing on what administrators think is most financially helpful.”

Skinner said the university needs to make an argument as to why students should come back after the pandemic, and why they should stay. That, along with the government treating the budget as “a moral document not just a financial document” would make for a better education environment.

“What we’re looking for is a sign that we have leadership that is bold and courageous,” Skinner said.

The cuts to union staff who work as groundskeepers, maintenance staff and cleaning crews make little sense to many at the university, considering a return to campus will have to include renewed emphasis on sanitation.

“If we are going to return, who’s going to make sure we’re going back to a campus that’s the cleanest it’s ever been?” Skinner said.

Even with the need to refocus the strategies of higher education, employees still say two-year institutions and community colleges should get their fair share to keep skilled workers trained.

“The two-year institutions fill the needs of skilled trades, nursing and career paths of specialized skill sets,” said Steve Bender, an associate professor and the faculty union president for Terra State Community College. “Without this manpower we are hurting our businesses and economy.”

That manpower includes those in the health care trade, some of whom have been pulled from colleges and universities early to help with pandemic and hospital care.

“If we want to stay at a center of research and innovation, we’ve got to invest in order to stay in that position,” said Dr. Lis Regula, a lecturer from the University of Dayton, a private Roman Catholic research university.

Government spending on higher education has trended downward in recent years statewide, and the pandemic caused legislators and the governor to recommend not taking on new debt generally. But, for those studying the trends at universities, schooling can become the boost the economy needs.

“When the economy has a downturn, a lot of people go to school, and that’s a great way to spur the economy when they graduate,” said Dr. Rebekah Crawford, visiting professor in social and public health at Ohio University.

The effects of both governmental and university-centered cuts, employees say, isn’t equal from administration down to instructional faculty and union members. The furloughs planned or considered at many institutions mean more work for less employees, and employees who are used to working when off the clock will do more.

“We still care about our students and we’re going to all work ourselves to death to help them, but it doesn’t make sense that we have to do that,” Crawford said.