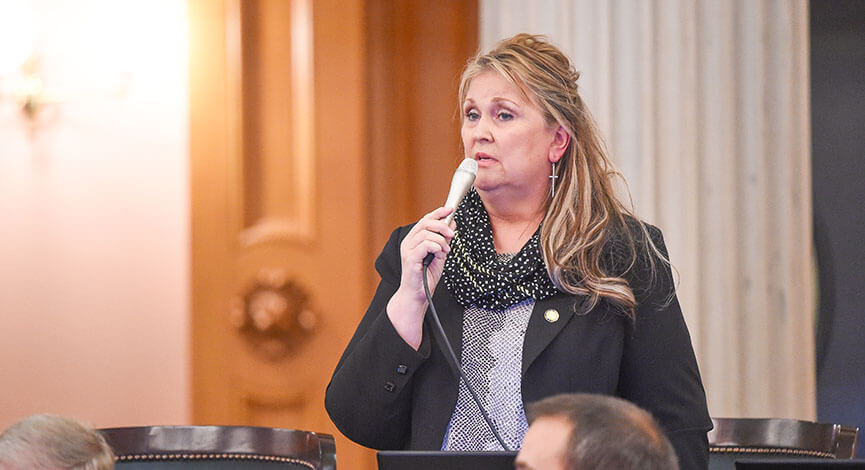 A Republican state lawmaker is refusing to comply with the Ohio Statehouse policy requiring temperature checks for individuals upon entrance, claiming it is an “invasion” of her privacy.

State Rep. Candice Keller (R-Middletown) said a security person approached her as she was walking into the Statehouse on Wednesday from the parking garage, telling her he had to take her temperature.

“No, you’re not taking my temperature,” Keller reportedly told the security guard.

Keller claims the security guard followed her to the elevator and “kept holding the thermometer up” in front of her. The Butler County Republican says she then turned around and pointed her finger at him, yelling “you’re not taking my temperature!”

“I’m sure all of this is on video. This is the first time I have been treated like this but I have been expecting it,” Keller wrote in a Facebook post Wednesday.

“The reason I’ve had to put up with so much opposition over the last 4 years as a Representative is that NO ONE GETS TO CONTROL ME. I mean, NO ONE. I have civil rights and I have a right to privacy.”

Speaker Larry Householder (R-Glenford) said in a statement that staff, visitors and lawmakers are asked to have their temperatures taken before going upstairs to their offices – a policy enacted on May 4. The checks, conducted by House Sergeant at arms staff, also include a question about symptoms.

She made headlines last year for a Facebook post in which she blamed the Dayton mass shooting on “drag queen advocates,” open borders, gay marriage, and marijuana.