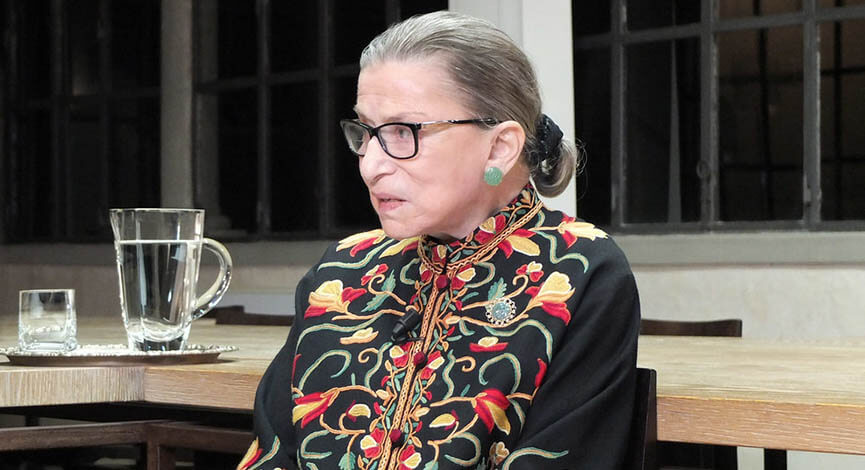 Ginsburg, 87, was hospitalized at Johns Hopkins Hospital in Baltimore on Tuesday night, but was animated as she participated in an oral argument via teleconference surrounding a Trump administration policy that allows employers to opt out of a contraceptive coverage mandate in the Affordable Care Act.

Pennsylvania and New Jersey challenged the exemptions, and a federal judge in Philadelphia issued a nationwide injunction in January 2019 to block the rules from taking effect. A federal appeals court upheld that decision, prompting the Trump administration and the Roman Catholic organization — Little Sisters of the Poor Saints Peter and Paul Home in Pittsburgh — to appeal to the Supreme Court.

The justices appeared divided on the issue during the arguments, but Ginsburg made her disdain for the Trump rules clear.

The administration’s exemptions “toss to the wind entirely Congress’ instructions that women need and shall have seamless, no-cost comprehensive coverage,” Ginsburg said to Solicitor General Noel Francisco, who defended the administration’s policies.

Francisco argued that the administration had lawfully issued the rules, which exempt a small number of employers who have “sincere conscientious objections.”

Justice Sonia Sotomayor questioned whether it would indeed be a small number of women who would be impacted. “I understand the figure to be somewhere between 75,000 and 125,000 women,” she said.

“People must have the ability to plan, space, and prevent pregnancy, without financial barriers — especially at a time when millions of people are losing their jobs and families have less money on hand for necessities,” National Women’s Law Center President and CEO Fatima Goss Graves said in a statement.  “The Court must protect access to health care, not allow employers to take it away.”

Pennsylvania’s Chief Deputy Attorney General Michael Fischer told the justices that the rules would allow “virtually any employer or college to opt out of providing contraceptive coverage entirely, including for reasons as amorphous as vaguely defined moral beliefs.”

Chief Justice John Roberts, seen as a potential swing vote in the case, questioned whether the exemptions might “sweep too broadly.” Justice Clarence Thomas appeared skeptical of the nationwide injunction and of states’ legal standing to challenge the rules in the first place.

Justice Brett Kavanaugh said there “are very strong interests on both sides here, which is what makes the case difficult.” He noted the tensions between religious liberty and “the interest in ensuring women’s access to health care and preventive services, which is also a critical interest.” The question, he said, is “who decides how to balance those interests?”

Kavanaugh pointed to agencies’ discretion when writing rules and suggested it isn’t the role of the courts “to put limits on the agency discretion that Congress has not put there.”

The court is expected to issue a decision in the case before its term ends this summer.