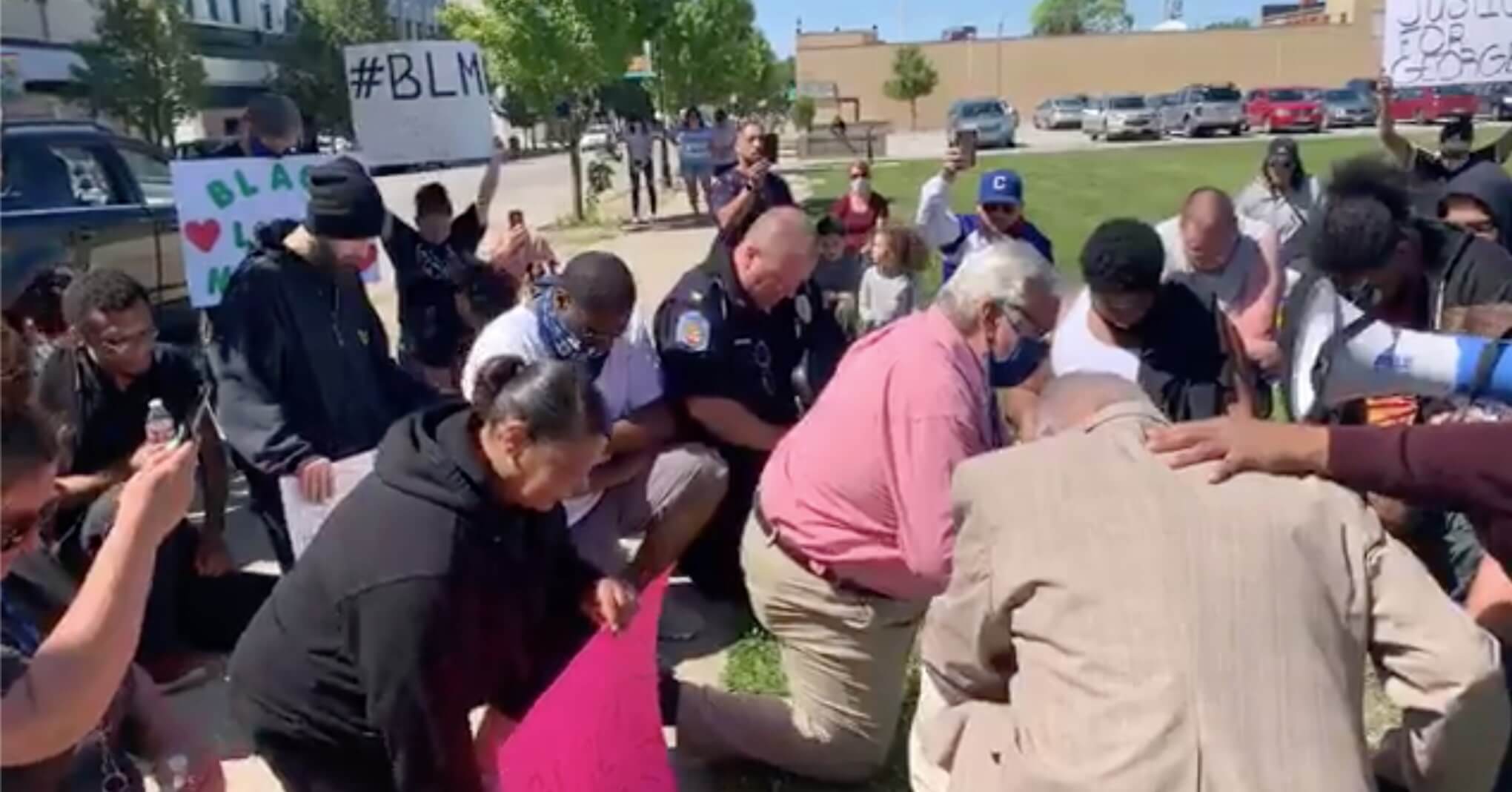 FOSTORIA, Ohio — Officers from the Fostoria Police Division joined demonstrators in prayer at a peaceful protest across from Fostoria police headquarters Sunday.

The protest was one of many throughout the country amid national outcry over the death of George Floyd, an unarmed black man who died after a police officer knelt on his neck for more than 8 minutes while taking him into custody in Minnesota.

Dozens of people took part in the peaceful demonstration Sunday, holding signs and chanting “I Can’t Breathe,” the words uttered by Floyd during the incident prior to his death, “Black Lives Matter,” among other phrases.

During the protest, a local pastor led the group in prayer, in which Fostoria Police Chief Keith Loreno and a police captain joined.

The group got down on one knee for the prayer, and the police captain was seen holding a “Black Lives Matter” sign while praying.

In addition to the police officers, Fostoria Mayor Eric Keckler was present at the protest and participated in the prayer.

RELATED: Mayor Aaron Montz speaks out on George Floyd’s death ahead of protest in Downtown Tiffin