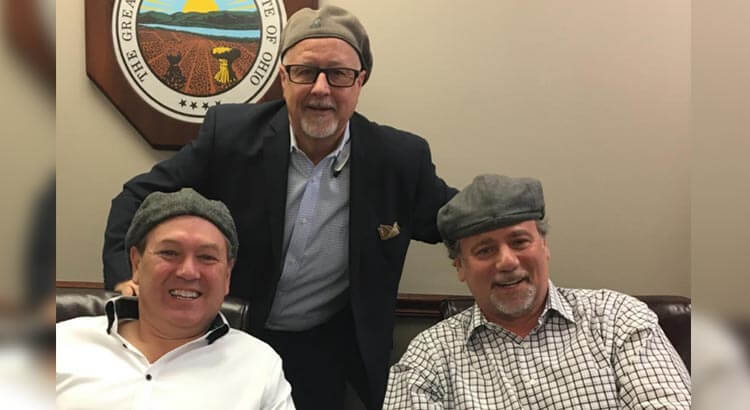 TIFFIN — The Seneca County Board of Commissioners met Thursday morning for a digital session in front of nearly 70 online participants.

The meeting was streamed live on Facebook and also was available to the public through Zoom.

The board received one bid for the 2019 Community Development Block Grant Village of Bloomville Sidewalk Replacement Project. Seneca Regional Planning Commission Executive Director Charlene Watkins said the project, including engineering work, is of no cost to the county and will include the enhancement of sidewalks in the village.

She said a new sidewalk will be installed on the north side of Beeghly Avenue from the edge of the ball diamond to the corner of High Street.

The project includes a combined total of about 4,750 linear feet of new sidewalk. Smith Paving and Excavating, of Norwalk, had the loan bid for the project at $53,500. The engineer’s estimate for the project is $56,230.

In other business, the commissioners briefly discussed the county budget. Commissioner Shayne Thomas said there was not much of an update to be given, because it is unclear exactly how much revenues will be affected by the COVID-19 pandemic.

Sales tax, which accounts for about half of county revenues each year, has a significant lag from when it is collected to when it is distributed to counties. Thomas said it’s unlikely to truly understand the extent of the revenue reductions until the summer.

Thomas said the commissioners are evaluating the situation daily.

In other action, Roger Kuns, owner of North Coast Security, demonstrated a digital thermometer scanner to the board. With state guidelines recommending that temperatures be taken frequently, the scanner could make it easier to check the temperatures of many people.

The scanner is a digital device that quickly takes a person’s temperature. It can be set to make a specific sound when someone is above a certain level. It also can detect if a person is wearing a mask or not. Kuns said the scanner could cost about $3,100 per device.

The commissioners thanked Kuns for the presentation and agreed to consider the county’s need for the devices.

Also during the meeting, County Administrator Stacy Wilson told the commissioners that the security camera project at the Seneca County Museum has been completed. Although the museum is currently closed due to funding issues, several renovation projects are still ongoing. The board hopes to open the museum again when revenues recover. The project was partially grant-funded.

In other action, Tiffin-Seneca Economic Partnership Downtown Main Street Manager Amy Reinhart updated the board on efforts being made to help restaurants and bars as they re-open from COVID-19 restrictions. She said a formal proposal should come to the county soon on what areas could be used for extra space.

The commissioners previously agreed they would allow restaurants to use county-owned property for tables to make it easier to practice social distancing. Reinhart said picnic tables from city parks are to be brought into the downtown area to be used for this purpose.