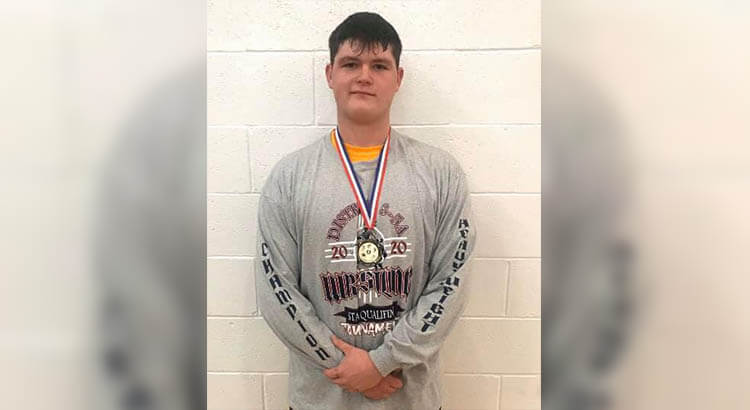 LAS CRUCES, New Mexico — A 16-year-old wrestling champ stopped a kidnapping by grabbing the suspect and pinning him to the ground until authorities arrived, according to a report.

“This morning around 9:00 AM at Chucky’s gas station (Dona Ana) on Thrope Road in Las Cruces. My 16 year old son Canaan Bower heard screaming while pumping gas from across the street,” Kara Bower, Canaan’s mother, explained in a Facebook post.

“A lady and three kids got off the Greyhound bus where a man in his 20’s tried to kidnap her baby and three year old child. Canaan ran across the street where this man is now inside of Chucky’s and is completely out of control. The man has hit several people in the gas station and has created a bloody mess.

“The gas station clerk said that people were trying to help to no avail, they tried hitting him with a broom and throwing things at him, but it was not working,” Bower said.

After that, Canaan stepped in and grabbed the man, throwing him to the ground and keeping him there until police arrived about five minutes later.

“Canaan is a very big kid who recently took 1st place for Mayfield High School in the District Wrestling Championship. There is a very good chance that Canaan saved many lives today and he definitely protected the kids from harm,” Kara Bower said.