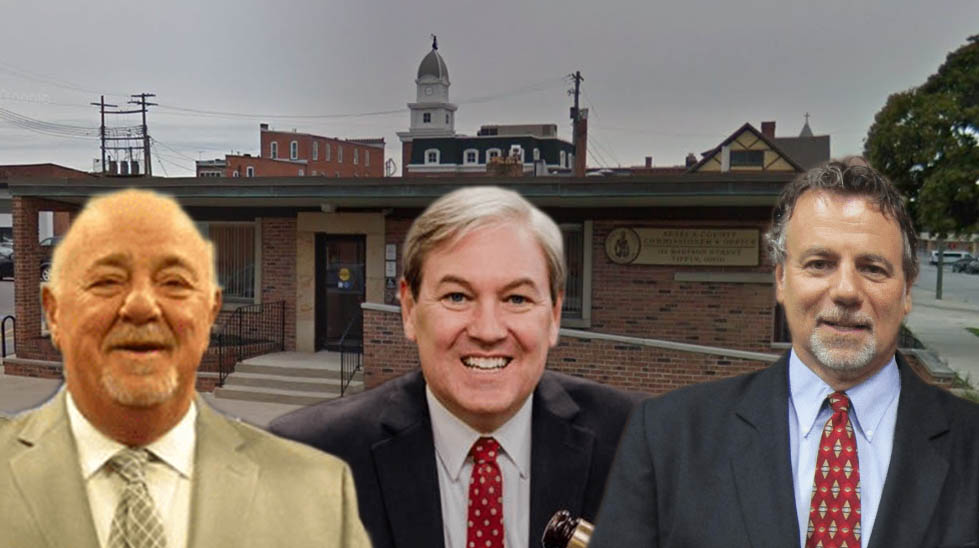 TIFFIN — The Seneca County Board of Commissioners continued its discussion regarding countywide budget reductions Thursday morning during a digital session.

County Administrator Stacy Wilson has been working closely with elected officials and department heads across the county over the past week to come up with budget decreases after the commissioners formalized a reduction plan last Thursday.

The board’s plan includes 20-percent decreases to salaries and wages in the General Fund to help meet the revenue shortfall created by the COVID-19 pandemic.

The cut in salaries is coupled with the zeroing out of the travel budget and the halving of the supply budget.

The commissioners also instituted a hiring freeze, are in the process of re-evaluating and canceling many contracts and are not planning to undertake any capital projects without outside funding.

These changes followed the Seneca County Budget Commission reducing its General Fund revenue projection for 2020 by $2 million last week. Wilson said most departments had submitted a plan Thursday morning, but some were still working on finding cuts. She said nearly $1.9 million of reductions had been submitted by county offices so far.

Wilson also said many county offices plan to shut down on Fridays to help meet the budget reduction plan. She said the Seneca County Justice Center, RTA Building and commissioners’ office all are to be closed on Fridays starting this week. Other buildings across the county also are closing on Fridays, if possible.

One office that will remain open is the Seneca County Board of Elections, so staff can continue to run this month’s Presidential Primary Election. If you have questions about any office hours, please contact the office in question.

Commissioner Mike Kerschner said these proposed cuts are a step in the right direction, and also don’t include added revenue from the state of $76,000 through the Bureau of Workers’ Compensation.

Wilson also said some utility costs could lessen with many offices not being open on Fridays.

Commissioner Anthony Paradiso thanked all elected officials and department heads for doing their best to work with Wilson and for coming up with possible cuts.

Kerschner said he has real empathy for all who are affected by these reductions. “We thank you all for your sacrifice,” he said. “We are mindful of your plight and we hope God is with us and that things come around sooner rather than later. We assure you that we will do everything in our power to bring the county back up to full power.”

Commissioner Shayne Thomas said although times are tough, he tries to pull motivation from inspirational figures. He showed a picture of Kerschner giving blood during his late daughter Christi’s blood drive and shared a quote from Clara Barton, the founder of the American Red Cross.

Barton risked her life to bring supplies and support to soldiers in the field during the Civil War. She founded the Red Cross in 1881, at age 59, and led it for the next 23 years.

“You must never so much think as to whether you like it or not, whether it is bearable or not: you must never think of anything except the need, and how to meet it,” Thomas, reciting Barton’s quote, said.

In other business, the board received three bids for the 2020 Chip Seal Project, on behalf of the county engineer. The engineer’s estimate for the project was $557,771.

Each of the bid openings is to occur on May 14 during the board’s session.