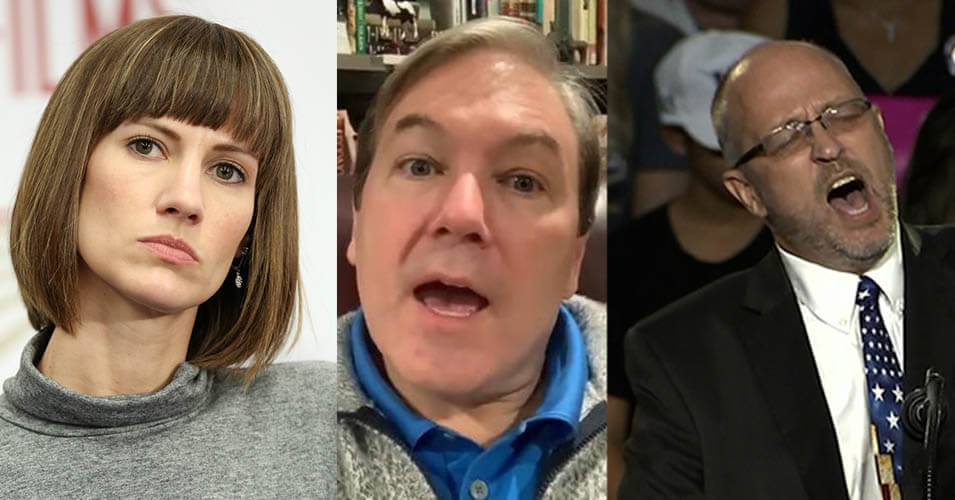 TIFFIN — Former 2018 state representative candidate Rachel Crooks (D-Tiffin) on Wednesday blistered two Republican candidates running in a heated primary for the seat she unsuccessfully sought two years ago, writing in an email to supporters that “they seem to worship Donald Trump.”

Seneca County Commissioner Shayne Thomas (R-Clinton Twp.) and controversial Fremont-area preacher Gary Click (R-Vickery) are facing off in the Republican primary for the 88th district Ohio House seat, currently held by Rep. Bill Reineke (R-Tiffin), which contains all of Sandusky County and the majority of Seneca County. In addition to Thomas and Click, Fremont-based environmental engineer Ed Ollom (R-Fremont) appears on the primary ballot for the seat.

In an email entitled “A battle to (gulp) love Trump more,” sent to Crooks’ supporters via email on Wednesday, Crooks said “you know a primary election is bad when the Republican candidates are battling about who loves Trump more. If your stomach just turned, you’re not alone.”

“This is exactly what’s happening in the district where I live and ran for office in 2018,” Crooks wrote. “There are several Republicans vying to take on our Democratic candidate, Chris Liebold, and like Republicans in Congress, they seem to worship Donald Trump, despite his clear failures as President.”

As an example, Crooks pointed to Shayne Thomas sending a mailer to voters “with a Photoshopped picture of Trump.”

“[Click] retaliated by claiming to be the only true ‘Trump 2020 delegate.’ Really?!” Crooks wrote in the email.

“While these Republicans are busy fighting over Trump, Chris is fighting for positive change in his community,” Crooks added.

“I was proud to stand up for women in 2016 when I spoke out against Donald Trump and again as a candidate in 2018, and now, I am happy to support a friend who will do the same,” Crooks wrote in the email obtained by TiffinOhio.net News.

Crooks, 37, has told her story numerous times about how, while working as a secretary for an investment firm in Trump Tower in 2006, she walked over to say hello to Trump at a bank of elevators, where, she says, he grabbed her and kissed her multiple times.

“Meet Chris Liebold, the Democrat running for Ohio’s 88th House District – the same seat I ran for just 2 years ago. Chris is young, smart, and driven. He stood by me during my campaign and even served as my campaign manager when we were just getting started,” Crooks wrote in the e-mail to supporters.

Crooks requested her supporters to chip into Liebold’s campaign with a donation of $25.

“I know we can flip this district blue with your support,” Crooks wrote. “Your support could mean all the difference in the fight to protect women’s rights in Ohio.”

Liebold is a recent University of Toledo College of Law graduate and works at a law firm in Fremont alongside serving as a city councilman. He is the only Democratic candidate running for the 88th district seat.